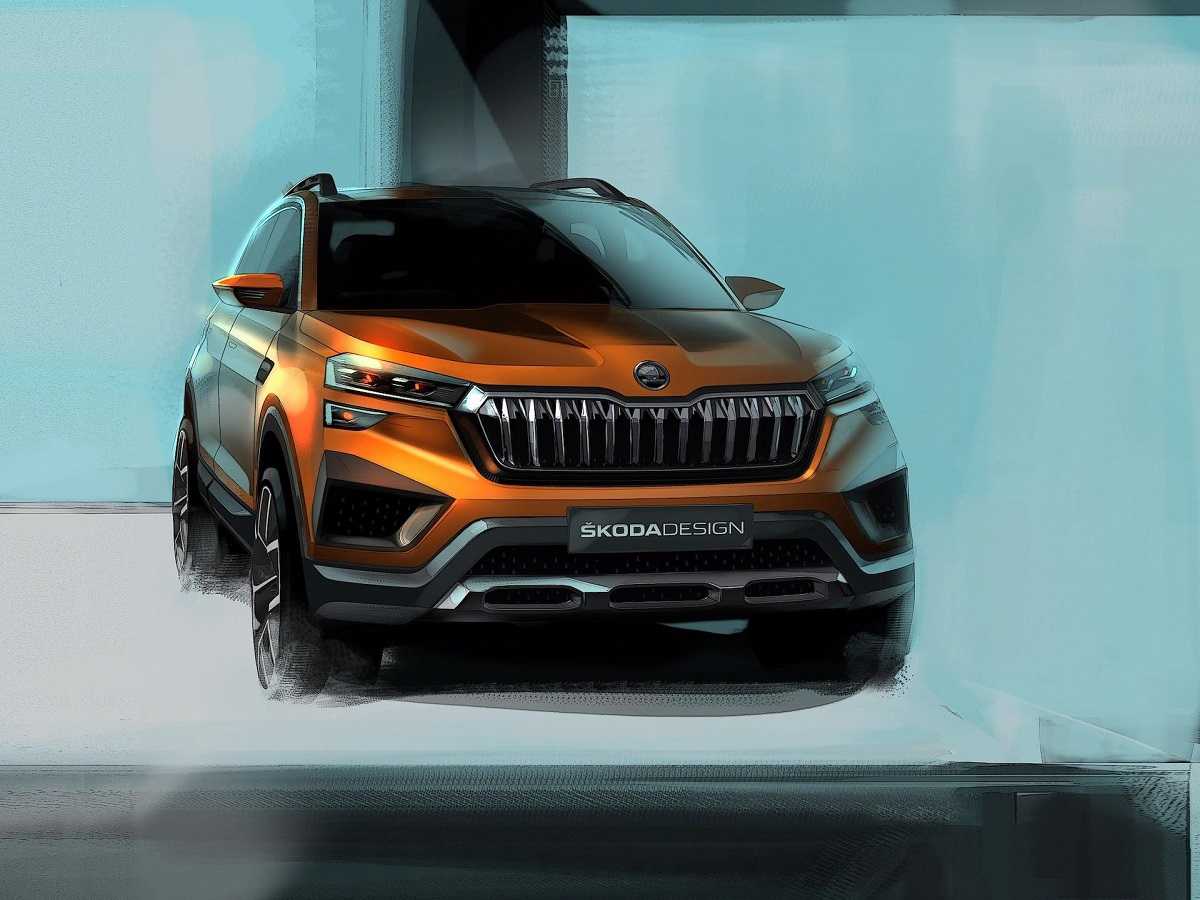 Skoda has officially announced that the locally developed Vision IN concept SUV will debut on February 3, 2020. The new model will preview the brand’s upcoming mid-sized SUV that will challenge the likes of the Hyundai Creta, Nissan Kicks and the Kia Seltos. It will also mark the debut of brand’s heavily localised MQB AO IN modular architecture, which will underpin a wide range of Skoda and Volkswagen cars in India.

Ahead of the official debut, the Skoda Vision SUV has been spotted testing for the first time in India. The heavily camouflaged SUV was caught testing on the outskirts of Pune City. The new SUV is basically the Kamiq SUV with India-specific changes.

Skoda has already released the design and interior sketches of the Vision IN SUV. Though the spotted model was fully covered in a cloth, the overall profile looks largely similar to that of the concept. The sketches reveal that the SUV comes with a bolder and more upright front. It will have the signature chrome-embellished Skoda grille upfront and split projector headlights. The bumper accommodates large air intakes and a three-slot skid plate, while the plastic cladding will be added all around the body.

The interior of the Skoda Vision IN will share design with the Kamiq, but it will also receive India-specific changes and new features. There will be a large free-standing touchscreen infotainment system with modern connectivity features along with a virtual cockpit digital instrument console.