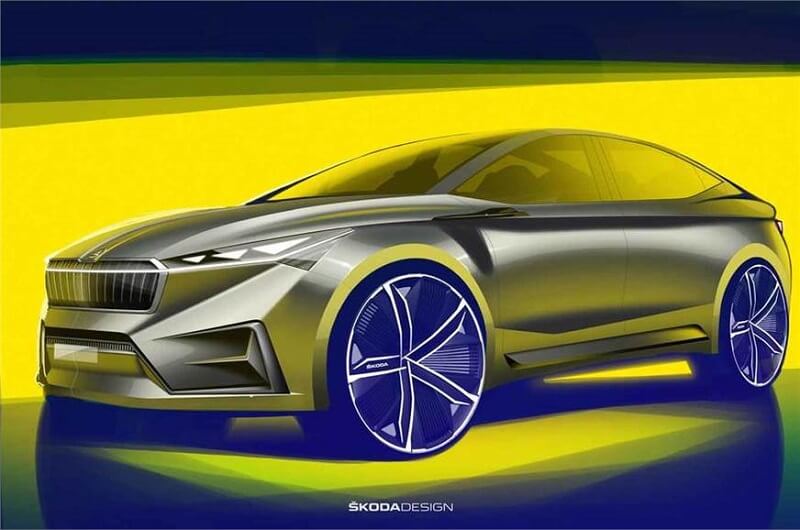 Skoda Vision iV concept will debut at the 2019 Geneva Motor Show in March.

Czech automaker, Skoda has released the first official images of the Vision iV SUV concept. This model is scheduled to be unveiled at the 2019 Geneva Motor Show in March. The Vision iV is a near production concept of the all-electric SUV, which was first previewed as the Vision E concept. This concept previews the brand’s outlook for the electric future. The sketches reveal the “four-door crossover coupe” concept, which is quite similar to the older concept. Also See – Skoda Kamiq SUV – All Details

The Skoda Vision iV features a traditional slatted grille design, full-width LED daytime running light underneath the main headlight and SKODA nameplate at the rear. The company will launch the production-spec Vision iV as a standard SUV as well as a coupe variant, which is in-line with Kodiaq and Kodiaq GT. Also See – Skoda Rapid Monte Carlo Launched 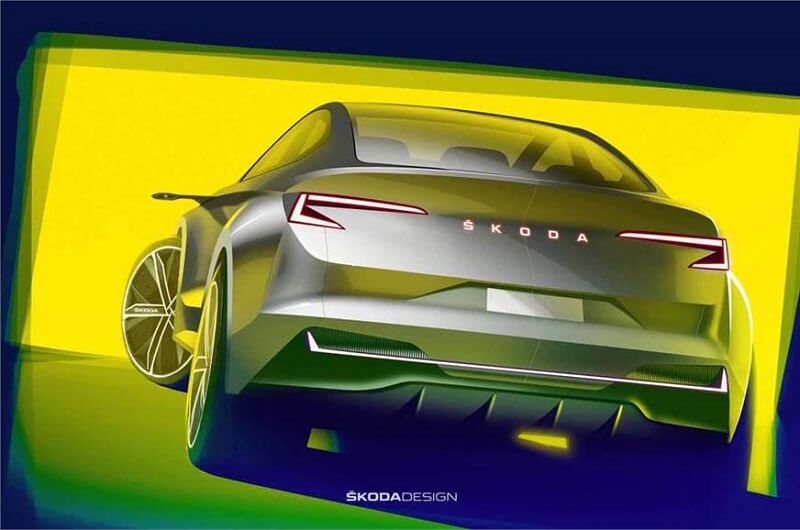 The production-ready Vision iV is scheduled to be launched in the end of 2021. The new model will be based on the Volkswagen Group’s electric-only MEB platform, which will be used for all the electric line-up of the brand. The new model will be positioned right between the Karoq and Kodiaq in terms of size. It will have a battery that will offer a range of around 500km. The SUV will receive floating screen, which was seen in the Vision X concept earlier this year. Skoda will also launch the electric Citigo-e, which is based on the VW e-Up and future Seat eMii.