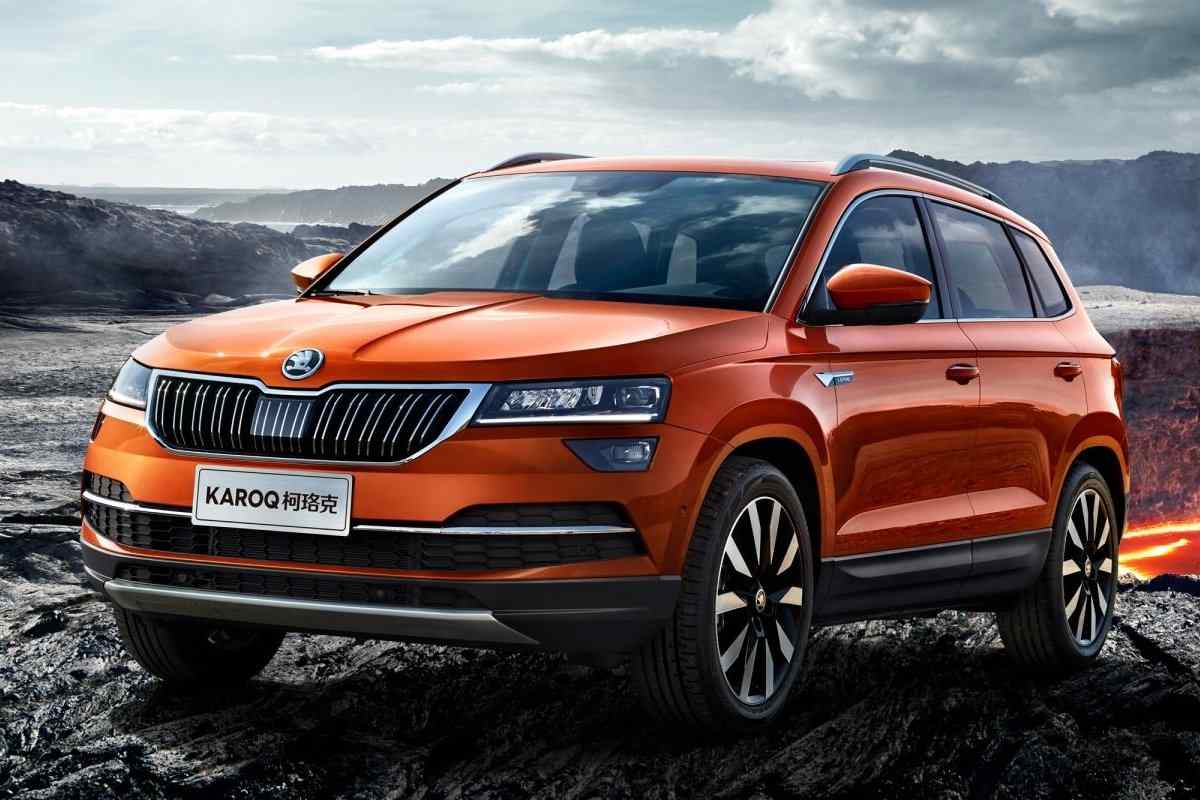 Skoda Karoq, the upcoming SUV from the Czech carmaker, will make its India debut on 3rd February, 2020. At the same event, the company will revealed the near-production version of the Skoda VisionIN concept based SUV. In Skoda India’s product lineup, the Karoq will sit below the Kodiaq 7-seater SUV and is estimated to be priced from Rs 18 lakh (ex-showroom).

If launched at price point, the Skoda Karoq will lock horns against multiple products right from Jeep Compass, Hyundai Tucson and MG Hector to the upcoming Volkswagen T-Roc. In India, it will be brought via CBU (completely built-up unit) route. Its launch might happen in mid April, 2020.

Official engine details of the new Skoda SUV are yet to be revealed. It’s likely to come with a BS6-compliant 1.5L TSI turbocharged petrol engine that will be good enough for 150bhp. The Karoq lineup could be offered with two transmission options – a 6-speed manual and a 7-speed dual-clutch automatic. Read – New Skoda SUV To Challenge Kia Seltos

The Skoda Karoq will be designed on the Volkswagen Group’s MQB platform. The overall length, width and height of the SUV stand at 4382 mm, 1814 mm and 1605 mm respectively. It sits on a 2,638 mm long wheelbase and offers a ground clearance of 200 mm. The Karoq will come with a boot space of 521-litres, which is expandable to 1810-litres by folding the rear seats.