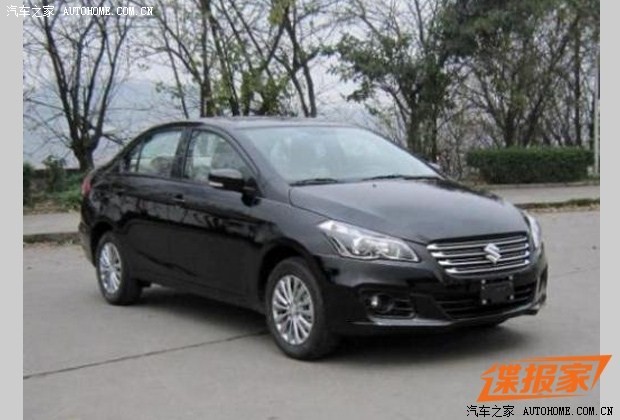 We have been updating you about the every single development surrounding the Maruti’s yet-to-be-launched premium sedan – Ciaz. Now, the latest word on the sedan is that it will be launched in the country in the first week of October; precisely on either 3rd or 4th of October around Dusshera festival. As we told you earlier, dealers have started taking pre-orders on their own, while the official bookings commence from September 3.

Maruti, being the country’s largest automaker, is leaving no stone unturned to make sure that Ciaz is a sure shot winner for the company. And, in this awe, it has also roped in Bollywood heart-throb Ranveer Singh as its brand ambassador. Recently, the actor was captured shooting for the first TVC commercial for the same and even, the company released a print advertorial featuring the actor and the rear portion of the sedan. The company also took the route of social media, especially Twitter, to arise curiosity and brand buzz amidst the minds of people. The hash tags #ciazintown and #coolcatsintown were the talk of twitter town for multiple days. Maruti, in what seems to be an attempt to cover lost ground, has chosen the festive season for its launch as it rakes in immense moolah as buyers consider it auspicious for purchasing.

Maruti would launch this SX4 successor in both petrol and diesel guises with engines being directly sourced from company’s MPV, Ertiga. It would feature 1.4L K-Series petrol motor and 1.3L Multi-jet diesel engine with manual transmission. There is also buzz regarding Maruti introducing a CVT transmission with the petrol fuel trim; instead of the AMT one, in order to maintain the exquisiteness and plushness of the product. It will be locking horn with the likes of Honda City, Hyundai Verna, Nissan Sunny & Ford Fiesta in India. It is expected to be launched in a price bracket of Rs. 8 – 11 Lakhs.