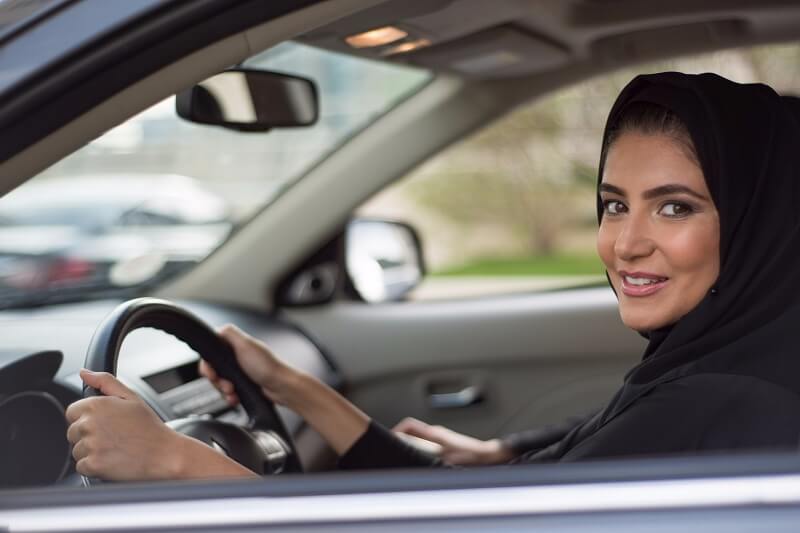 It’s almost impossible to believe that in this day and age – women are not allowed to drive in Saudi Arabia. Well, better late than never but that’s finally set to change as the oil-rich state will abolish the absurd ban on female drivers soon. Now, that’s not only a good news for the females of the Kingdom of Saudi Arabia but also for the automakers operating in the state. Also Read – This modified Suzuki Swift Sport Looks Red Hot!

It’s simple logic, if you prevent half of your population from driving – you are basically restricting the auto market in the state. So, this historic move could act as a boon for the lagging auto market in the oil-rich country. The change is expected to add as many as 9 million potential new drivers, including 2.7 million resident non-Saudi females.

LMC Automotive, a forecasting firm, expects the move to push automotive sales in the state by 15 to 20 percent annually as Saudi Arabia’s car density rises from 220 vehicles per 1,000 adults to about 300 in 2025. Also Read – Yamaha’s all-new Modern Classic – XSR700 – looks irresistibly hot!

The move has a downside to it as well. The jobs of approx. 1.3 million people employed as chauffeurs who are largely used for women and kids – will be under threat. A typical Saudi middle- to upper-class family own two vehicles, one for the husband and another for the females and family members. And the needless to say – most of the families have a full time chauffeur for the second car. Over time, as women get their driving licenses, the chauffeurs will have to find other source of employment.

Such a happy & positive news this!