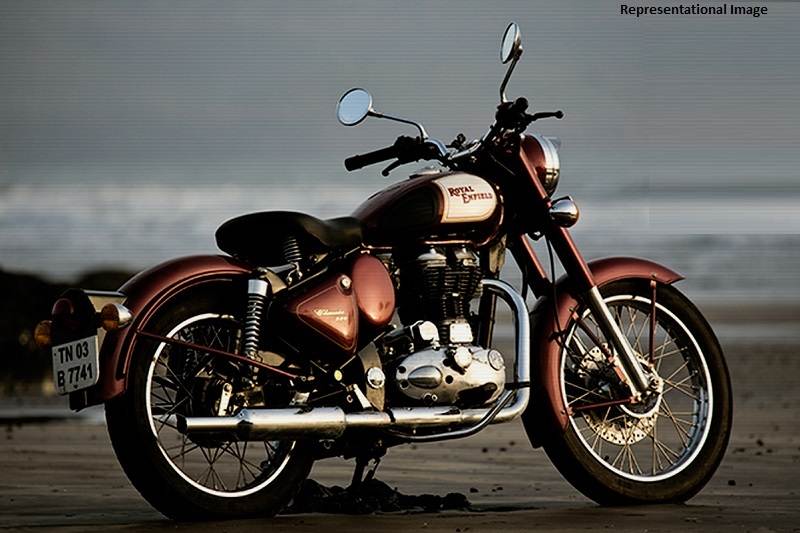 Royal Enfield is planning to expand its Indian product portfolio with new motorcycle variants. According to a latest media report, the Chennai-based bikemaker will introduce a new motorcycle based on the Bullet platform. To be positioned below the RE Bullet 350, the new model will be the most affordable offering from the company. While former is priced at Rs 1.21 lakh, the latter one is likely to cost around Rs 1.10 lakh to Rs 1.15 lakh (ex-showroom).

If launched at this price point, the new Royal Enfield motorcycle will take on 200cc bikes such as TVS Apache RTR 200 4V and Bajaj Pulsar NS200. The new variant will see a release in coming months. The official launch date, however, is yet to be announced.

Based on the Royal Enfield Bullet 350, the new motorcycle will be made available with both kick and electric start system. While the engine mechanism is likley to remain unchanged, it will receive minor cosmetic upgrades. Styling bits such as new fuel tank badge and black treatment on the engine and indicators instead of chrome will distinguish it from the Bullet 350. Read – Top 5 Upcoming Royal Enfield Bikes

Aiming to keep its manufacturing cost low, the bikemaker will continue to use the spoked wheels with tubed tyres. Similar to the RE Thunderbird X, the new Royal Enfield bike could be offered in brighter colour schemes. More details about RE’s most affordable bike will be revealed in coming days.