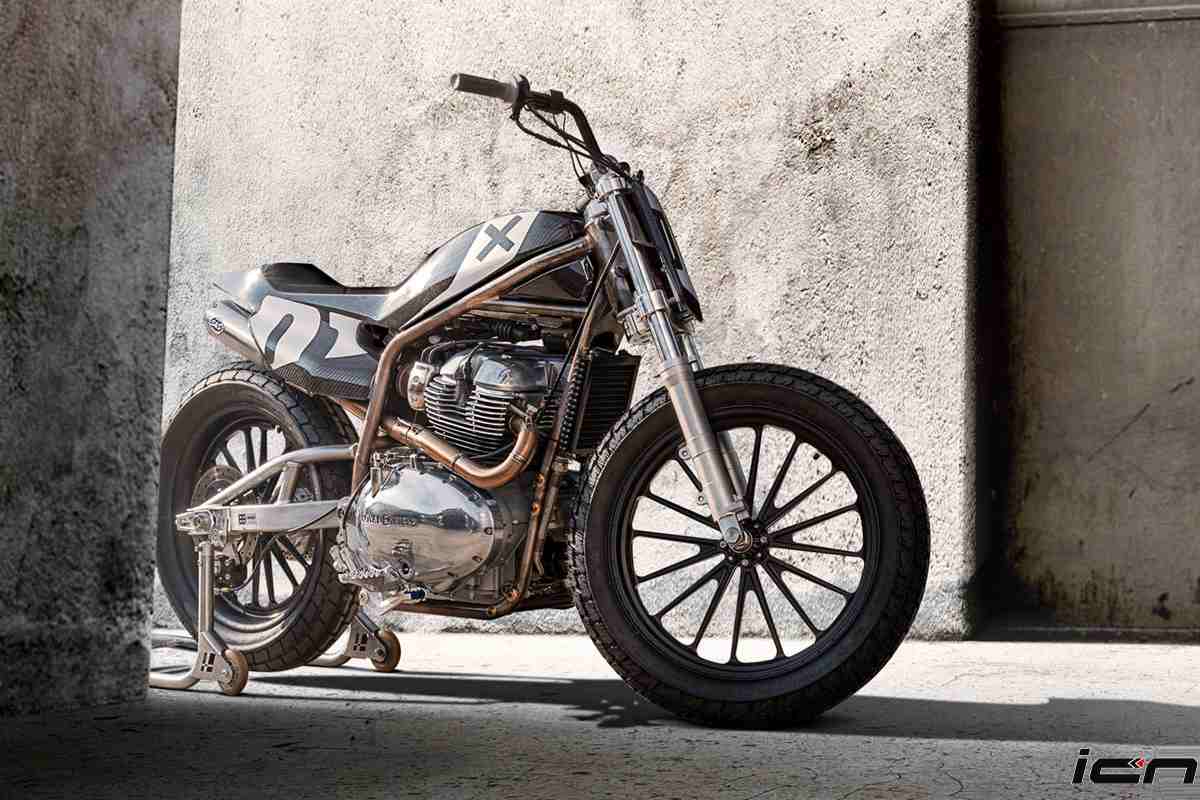 Royal Enfield is planning to expand its product portfolio with a range of new models in coming years. While the mid-sized motorcycle category will remain their focus for both domestic and global markets, the company is also working on a new engine platform sitting between the 350cc single-cylinder and 650cc twin-cylinder architecture. Besides this, the Chennai-based bikemaker aims to offer factory-fitted customisation options for its motorcycles under the new Royal Enfield 2.0 strategy. Check Out – A Scrambler Based On Royal Enfield Interceptor 650 Unveiled

Speaking to carandabike, Vinod Dasari, CEO, Royal Enfield, has revealed that the company will improve its digital buying experience and focus on mass customization of the bikes. With its new strategy, RE will overhaul its entire business process and aims to make their models compatible to 100% mass customization. That said, buyers will be able to choose their preferred RE bike, paint scheme, accessories and merchandise.

The next big launch from the Chennai-based bikemaker will be the Royal Enfield Meteor 350 that’s slated to hit roads in June, 2020. Based on an all-new platform, the bike will use 350cc, single-cylinder engine that’s likely to offer power close to 22bhp – 24bhp and torque around 30Nm. Unlike the existing RE 350cc engine that has push roads, the motor will feature single overhead camshafts. This will make the new powertrain more efficient and refined along with reducing its emission levels.

The RE Meteor 350, the successor of the Thunderbird 350 X, will feature the signature retro-style round headlamp with chrome bezel. Design bits such as a teardrop shaped fuel tank, a blacked out engine case, V-shaped alloy wheels, wider seat, new indicators and a circular taillamp with chrome bezel further enhance its new look.

The bikemaker will also give a generation change to the RE Classic 350 and RE Bullet 350. The 2020 RE Classic 350 will ditch the existing platform for a new one. Significant design changes will also be made to the bike. It will come with a revised fuel tank, a wind deflector, newly-designed alloy wheels and updated taillamp. There will be a semi-digital instrument cluster with an analogue speedometer.

The new Classic 350 is likely to be offered with the existing BS6 346cc, single-cylinder fuel injected engine. Buyers will also get several new accessories such as crash guard, saddlebags, wind deflector and a pillion backrest. Similarly, the new-generation RE Bullet 350 will witness noticeable cosmetic changes and feature upgrades. The engine might be carried over from the existing model.