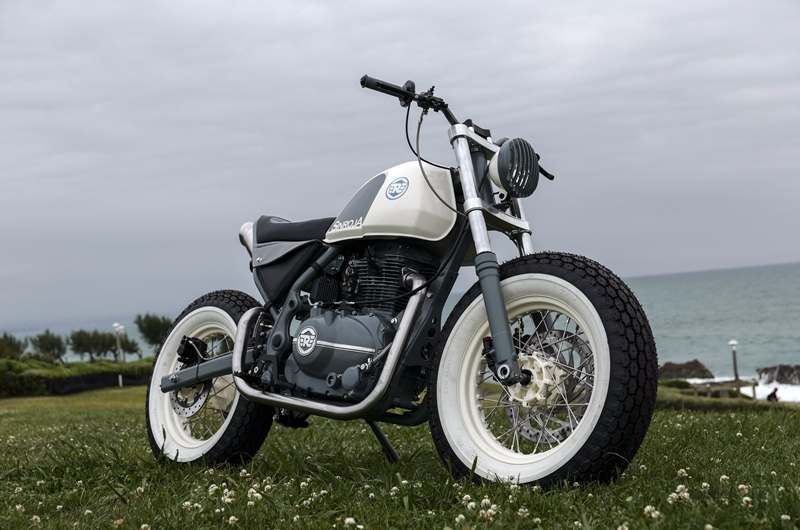 At the Wheels and Waves festival, Royal Enfield has unveiled two new custom bikes – Surf Racer and Gentleman Brat – alongside other bikes from its line-up.

Royal Enfield unveiled two new custom bikes at the ongoing Wheels and Waves festival that on June 14, 2017 and will conclude on June 18, 2017. In its fifth edition, Europe’s landmark surfing and motorcycling event is being held in Biarritz, France. RE has been participating in the event from last three years and this time, it revealed two exclusive models dubbed, ‘Surf Racer’ and ‘Gentleman Brat’ alongside other bikes from its line-up, and gear. The event plays host to some of the meanest looking motorcycles with an average footfall of 15000 including participants through the event. Read More – These Global Celebrities Ride Made in India Royal Enfields 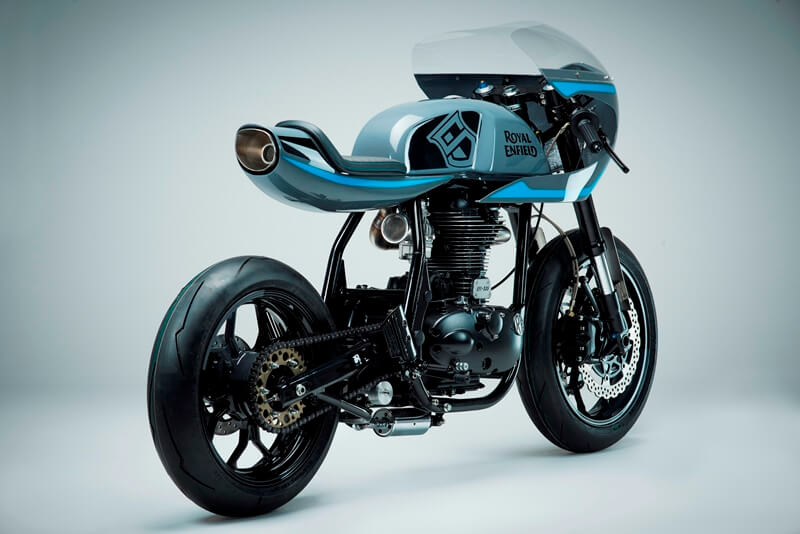 At the Wheels and Waves 2017, Royal Enfield revealed two of its latest custom bikes. Interestingly, these bikes have been developed jointly by UK based Sinroja Motorcycles and RE. The RE bikes are revered for the wide range of customization options that gives customers a chance to express themselves uniquely.

Coming to the ‘Surf Racer’, this is primarily a rendition of Royal Enfield’s famed Continental GT café racer. Inspired by the Sun and sand lifestyle, the Surf Racer endows Continental GT’s café racer traits. Power on the custom bike comes from the original 535cc, single cylinder engine that gets an additional higher lift cam, machined piston barrels enabling higher compression and a new inlet manifold. Additionally, there is a Dellorto carb conversion that sucks the air, while the gasses are fired out via the ‘jet’ style tail exhaust placed under the seat. Read More – Royal Enfield Continental GT 750 In The Works 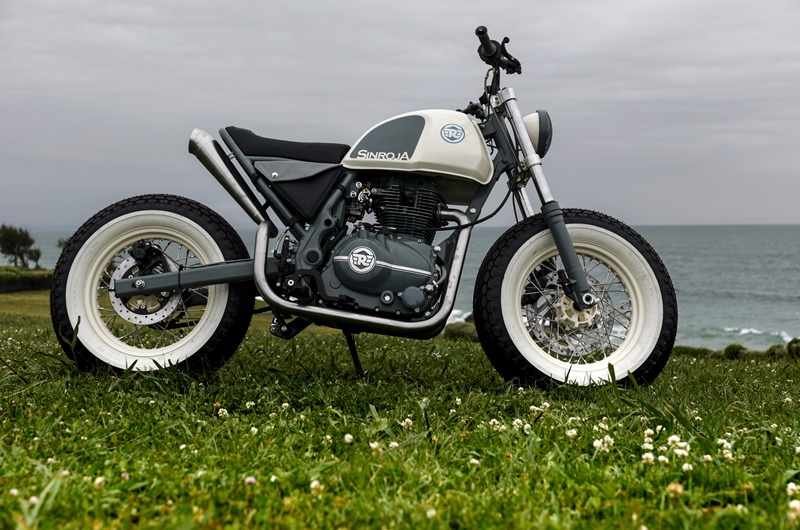 The semi fairing around the bike enhances the visual appeal. It rides on the 17-inch performance rims while the suspension mechanism includes the upside down front forks and under engine rear shocker. Accentuating its racing heritage, it sports bold graphics on the body. While the premium material and other bits like the Sinroja hallmark adds a touch of class to it. With these attributes, Sun Racer is indeed the perfect vehicle to race in the sunset. Read More – 2017 Royal Enfield Classic 350 | 2017 RE Himalayan | 2017 RE Classic 500 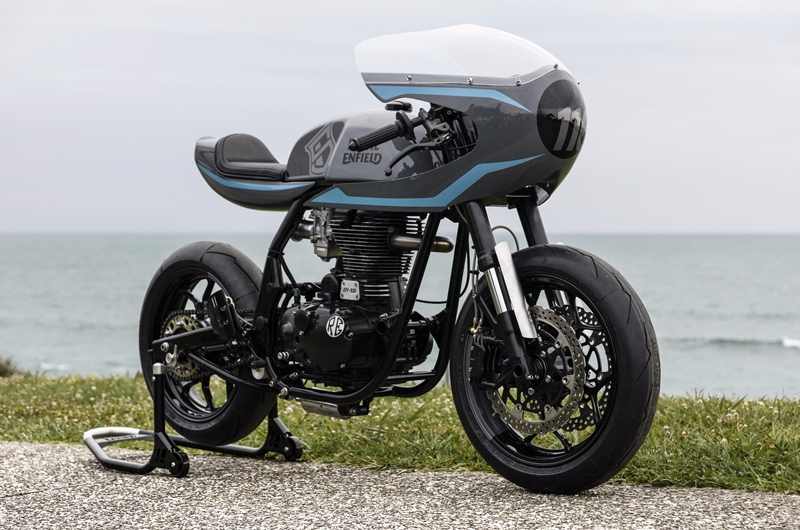 The other custom based bike that was unveiled alongside Sun Racer is the Gentleman Brat. It is based on RE’s latest non-extreme adventure tourer, the Himalayan. In fact, it is rather a more fun-based rendition of the Himalayan tourer. 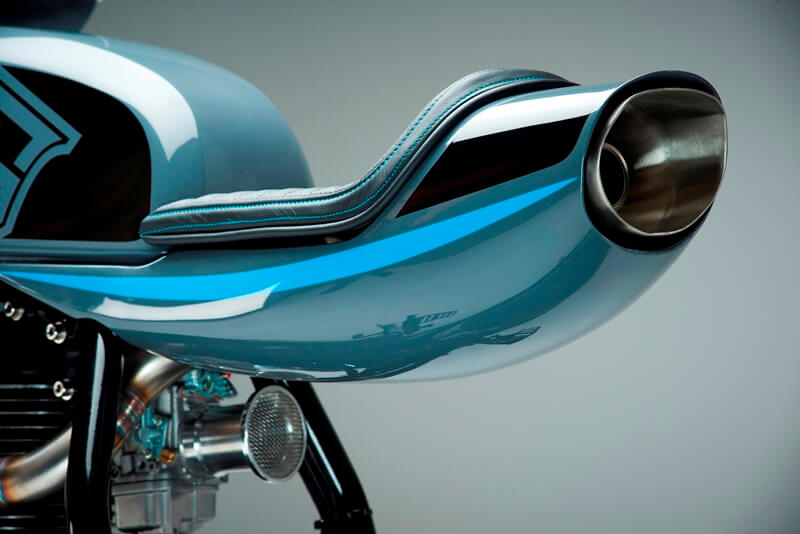 This one is more in line with the beach bikes with 16-inch rims intertwined with fat white wall tires that some muscles to the bike. While a cream over grey palette blends the durable with the refined. In addition, the bike gets an updated suspension that further adds to its capability. While the sporty details, premium leather and machined aluminium finishes adds to the plush look.