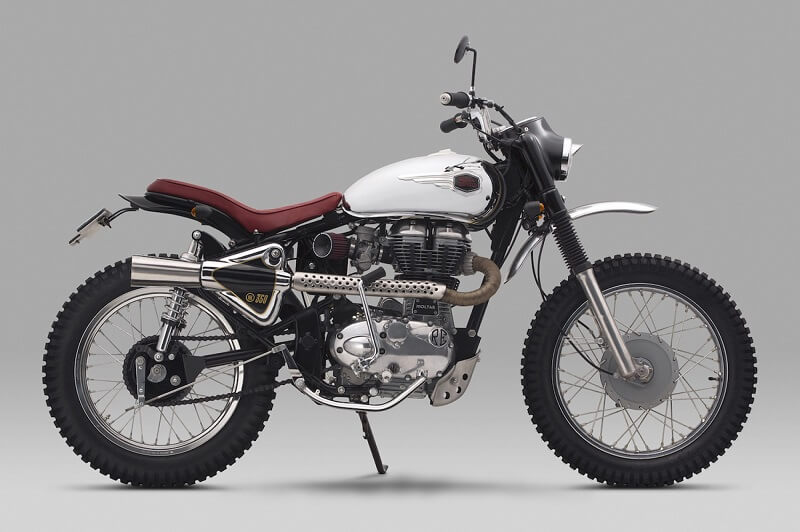 Royal Enfield has recently launched the Continental GT 650 and Interceptor INT 650, which also won the prestigious IMOTY (Indian Motorcycle Of The Year) award. It is no secret that RE is working on a Scrambler based on the Classic range. According to Overdrive, the next big launch from the Royal Enfield will be the Scrambler 500. The report further claims that the motorcycle could be launched in March 2019.

In fact, the Classic 500 based Scrambler motorcycle has already been spotted while testing on Indian roads. It will be the first factory-built Scrambler in India. The Royal Enfield Classic 500 Scrambler would be powered by a 499cc, single-cylinder BS-IV compliant engine that is capable of producing 27.5PS of power and 41.3Nm of torque. The company will have to make changes to meet the BSVI emission norms, which will be applied from April 2020.

The spy images available on the internet reveals that the motorcycle will have off-road biased tyres, short fenders and wide handelbar with a centre brace. The motorcycle also had single seat, rear parcel rack and an upswept exhaust. However, the fuel tank and side panels design is same as the regular model. The motorcycle’s front suspension will come with fork gaiters. Also See – Royal Enfield Classic 500 ABS model launched

The Royal Enfield Scrambler 500 will receive dual-channel ABS (Anti-Lock Braking System) as standard to meet the latest safety norms. The motorcycle is expected to cost around Rs 30,000 more than the regular model.