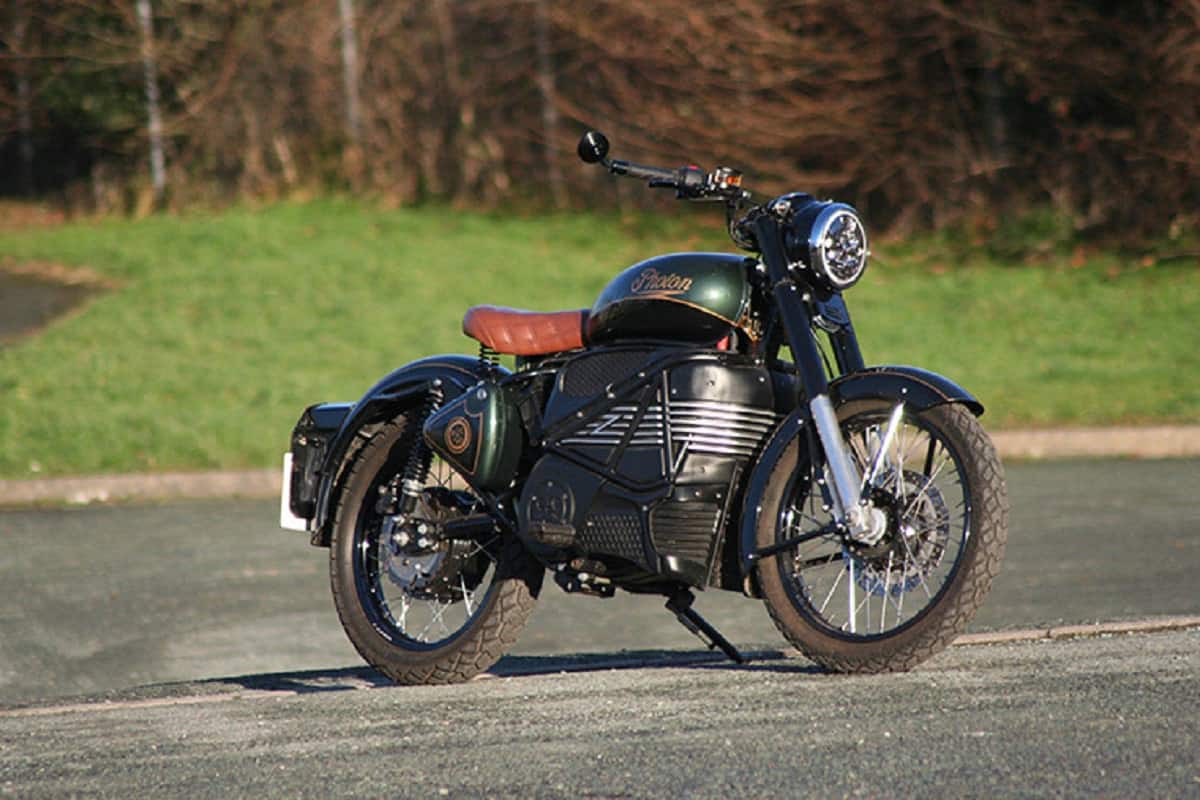 The RE Photon comes packed with four 2.5kWh lithium-ion batteries and a water-cooled 12kW electric motor mounted on the rear wheel hub. It returns power slightly over 15bhp and promises a top speed of 112kmph. The electric Royal Enfield bike delivers a range between 125km-130km on a single charge, when ridden at a speed of around 85kmph.

The battery packs of the motorcycles can be charged via regular power socket or public charging facilities. It takes 90 minutes to get fully charged by using a fast charging public charging point in the UK. The company is providing a 7kW charger and Type 1 connector with the motorcycle. Read: Most Affordable BS6 Royal Enfield Classic 350 Launched

No changes have been made to its suspension and braking mechanism. Similar to the regular Royal Enfield Classic 500, the RE Photon electric uses the telescopic forks up front and dual-shocks suspension at the rear. Braking duties are done by front and rear disc brakes along with the dual-channel ABS (anti-lock braking system). The kerb weight of the Royal Enfield Photon, however, is slightly higher than the Classic 500.

In the UK, the RE Photon electric has been made available at GBP 20,000 (which is around Rs 19 lakh). As of now, there is no information about its India launch timeline. If launched in India, it will get pricier with the imposed import duties and taxes.