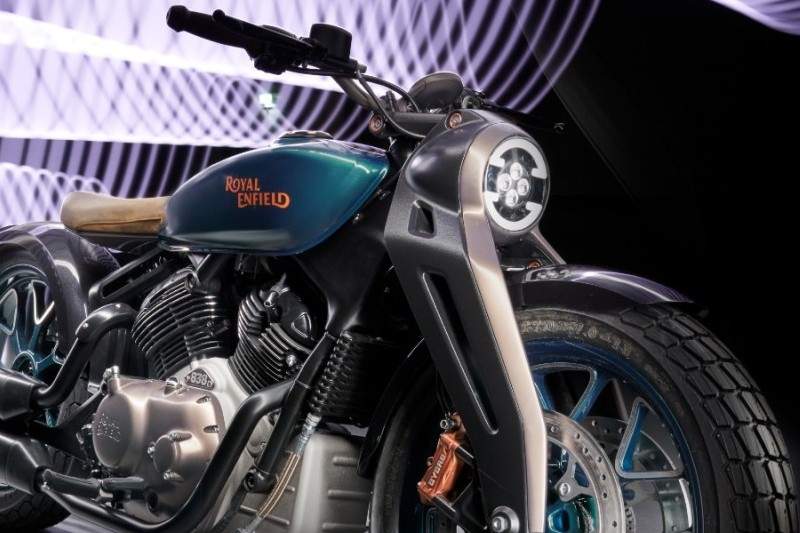 The new Royal Enfield electric bike will be developed in the UK. It might debut in its concept avatar at the EICMA motor show next year. More information about the product is likely to be revealed in near future.

The company plans to setup small-scale assembly plants around the world. In order to enhance consumer access, Royal Enfield opened several small studio stores across the country. In the last 6 months, it established around 500 small studio stores accounting for 10% of the company’s monthly sales. Read – Royal Enfield Bullet, Classic, Thunderbird 500cc Bikes To Be Discontinued

The Royal Enfield Concept KX concept was painted in Green and Copper shade black and bronze finishes on the dual exhausts and engine. The seats and handlebar grips were leather wrapped.

Some of its key highlights include a retro-styled fuel tank, LED headlamp, front and rear lights with a stylised version of the old Redditch ‘E’ for Enfield logo and the blade-style girder fork design.