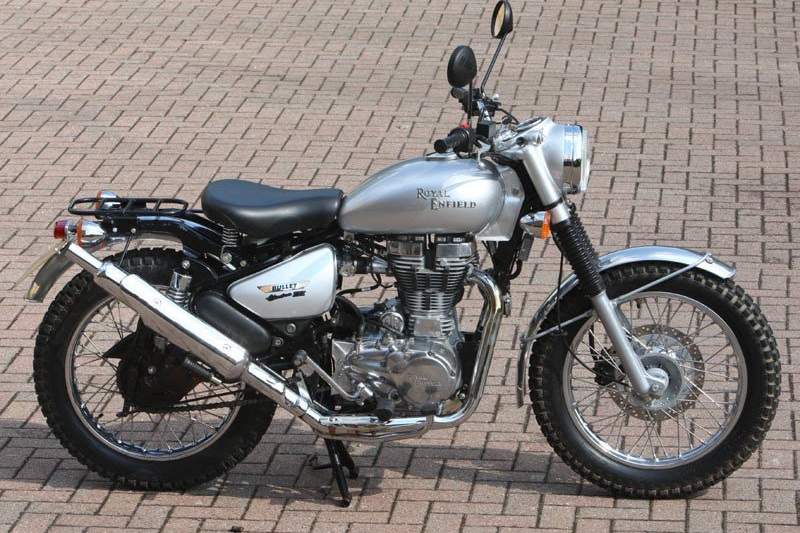 Royal Enfield Bullet Trails motorcycle is all set to hit India roads in the last week of March, 2019. The launch event will take place on coming 26th and 27th in Pune. The announcement has been made by the Chennai-based bikemaker via a teaser video. Reports suggest that the bike will be made available in two variants – Bullet Trails 350 and Bullet Trails 500. Read – Royal Enfield Himalayan 650 Launch Details Revealed

The Bullet Trails motorcycles get chrome treatment on oval box, mirrors and brake pedal. The swing arm cap also has chrome finish. While the taller handlebar with a cross brace seems borrowed from the Interceptor 650, the tank and side panels are carried over from the regular Bullets. The front and rear fenders are narrower and shorter than the Bullets.