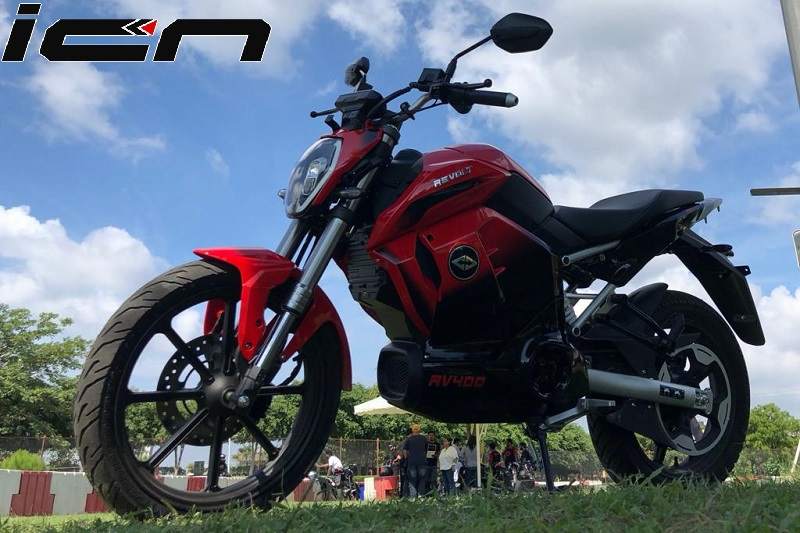 Revolt RV300 and RV400, two new electric motorcycles from Revolt Intellicorp, recently arrived in the market. The company rolled both models with ‘My Revolt Price’ plans that enable buyers to own the bike from the very first day of its payment.

Now, the company has announced Revolt RV300 and RV400 have been sold out till October, 2019. While the bookings for month of September – October have been closed, the bikemaker is accepting pre-orders for November and December batch.

The Revolt RV300 and RV400 will be launched across the nation in a phased manner. Initially, it has been made available in Delhi and Pune only.

For power, the Revolt RV300 and 400 uses a pack of swappable lithium-ion batteries with a 3000w electric motor. It pushes out a maximum torque of 170Nm and offers an electric range of 156 kilometers on a single charge in Eco mode. Its top speed stands at 85kmph.