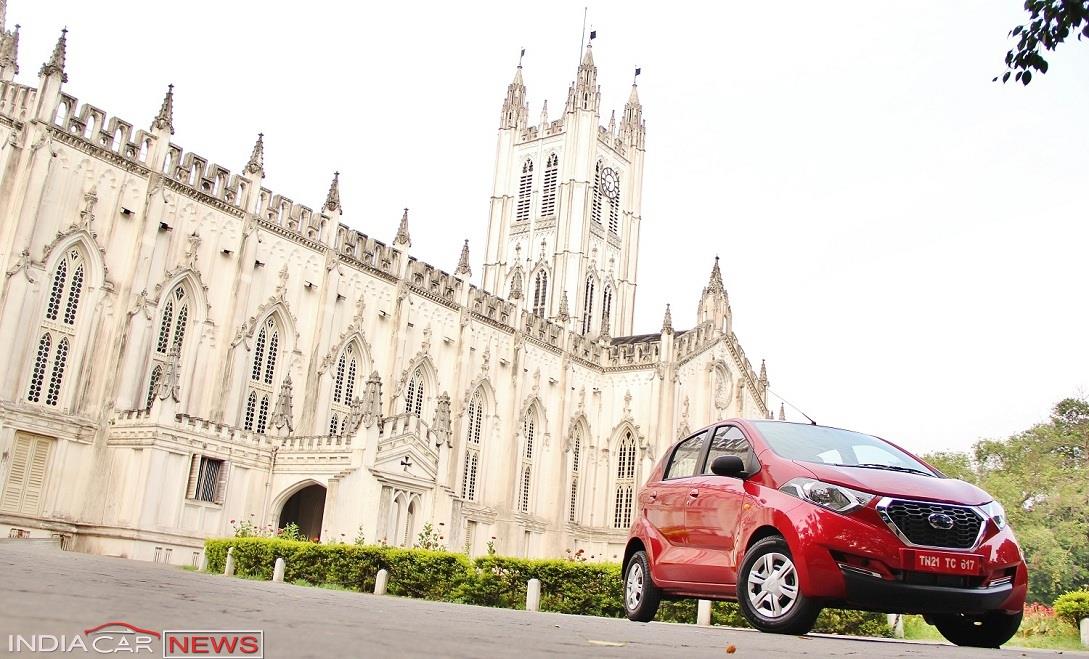 With a unique design, best-in-class performance and fairly comfortable seats, the Datsun redi GO surely is a strong contender in the highly competitive budget hatchback segment.

The entry-level hatchback segment is the biggest contributor in the overall car sales in India. Its share in the total four-wheeler sales is almost 25 percent, and the country’s top-selling model – Maruti Alto – belongs to this very segment. Taking on a giant like Maruti Suzuki India in this category is no piece of cake, many tried and failed miserably. The only product that could do a little (just) against the Maruti Alto was the Hyundai Eon, but that too couldn’t even clock half the sales of the former. 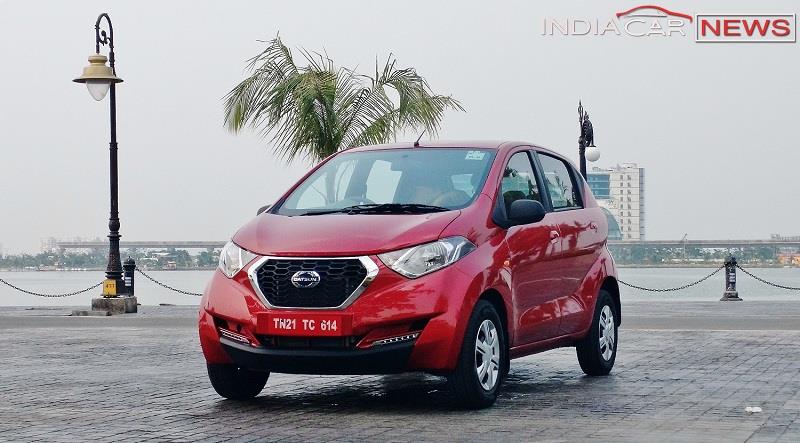 I believe the reason why most players failed was due to the wrong approach and the product offering they came up with. You cannot beat the Alto 800 in its game with a car that has almost same dimensions, specifications, features, and the same price range. And even if you somehow manage to do that, can you honestly beat the country’s oldest carmaker in the after-sales – OF COURSE NOT. Having said that, if you have a product that has the X Factor and offers what others could not – you still have a  chance to fight and that’s exactly Renault Kwid did. It had the design of a crossover, fuel economy & performance of a budget car and the price lower than the lowest in the segment – a really rare combination. Thanks to the aforementioned attributes, the car became an instant hit and currently sells over 9,500 units per month despite the production issues at Renault’s end. 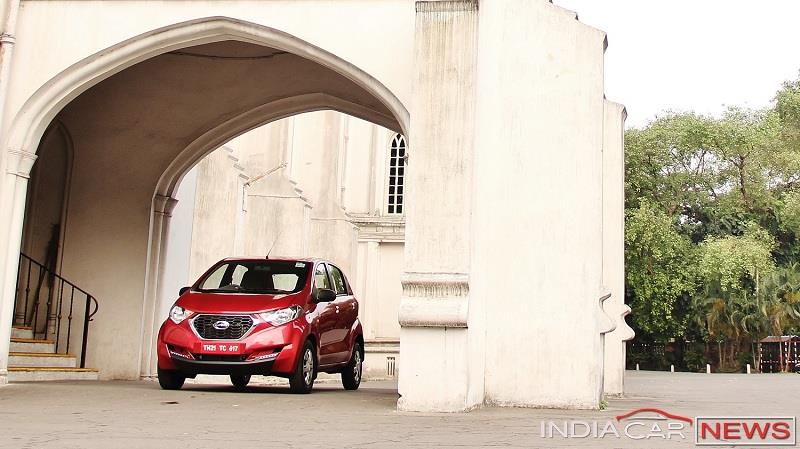 Following the same footprints, Nissan’s low-cost car brand Datsun is now ready to enter the entry-level hatchback segment with the redi-GO. The Datsun rediGO too has a crossover-ish design and is expected to be the most affordable offering in its category. But can this be another hurdle, like Renault Kwid, for the Maruti Alto 800, and help Datsun reach masses that GO and GO+ failed to do?  We test drove the car to find out all of it.

The redi-GO surely looks unique and just like the Renault Kwid the design would be its USP. During our drive in Kolkata, the car made most people turn their heads and many of them approached us asking about its pricing and launch details. This proves that it has a universally acceptable design which might just work in its favour. 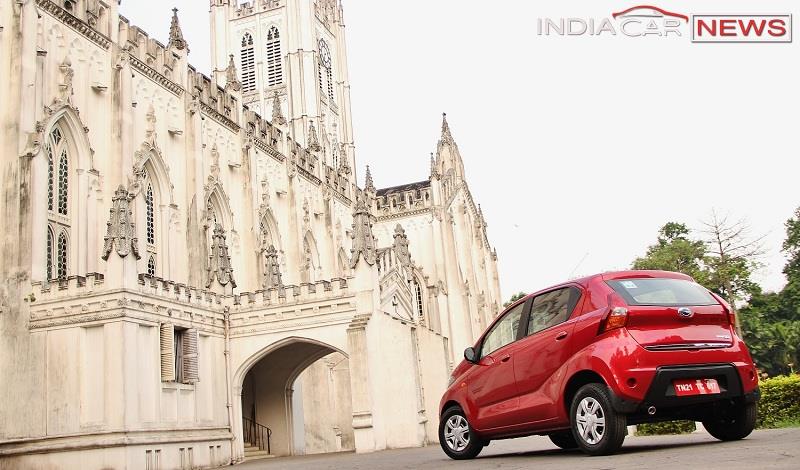 Hailed as ‘India’s first urban-cross’ in the budget segment, the Datsun rediGO looks largely identical to its concept that was first unveiled at the 2014 Delhi Auto Expo. High ground clearance, tall-boy stance and prominent creases on either sides give Datsun’s new small car a crossover-ish look. It features the company’s familiar D-Cut honeycomb grille with chromed surround and Datsun logo positioned right at the centre. Other features that make the car’s front-fascia look sporty are – sweptback headlamps with chrome bezels, sporty bumper with a set of daytime running lights at the lower portion of it. 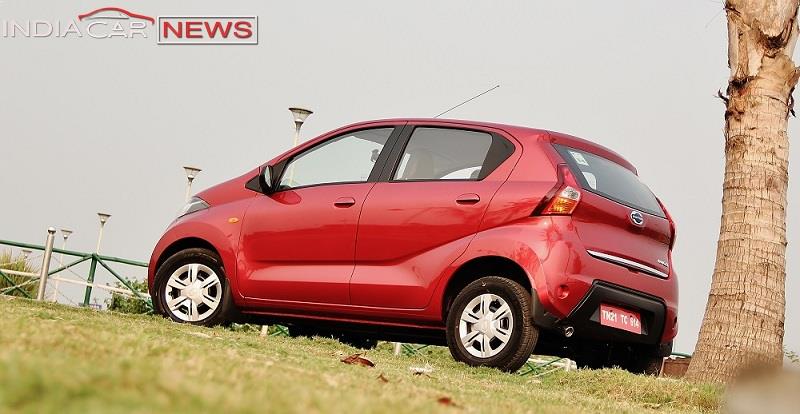 Though the redi-GO is shorter and narrower than the Kwid, it offers the best-in-class ground clearance of 185mm.

While the rediGO looks quite sporty from outside, its cabin is no non-sense and plain. You get an all-grey interior with plain dashboard, GO-like three-spoke steering wheel and a single DIN audio unit with USB connectivity. Since the front power-window buttons are awkwardly placed right ahead of the gearbox, it might take so much time to get used to of it.

The plastic quality of the dashboard is quite solid, but the one used on the door panels look compromised. Though that’s a common thing in all budget cars, you don’t get quality material in a car that costs around Rs 2.5 lakh – Rs 3.5 lakh. What’s awkward, however, is to see almost half of the inside door panels without any plastic cover thus exposing the metal. 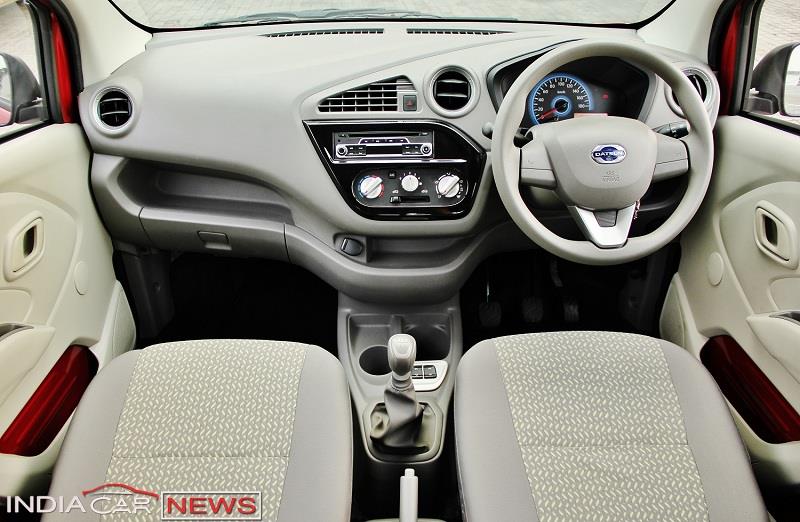 What impressed me most about the vehicle’s cabin is its seats, they are probably one of the most comfortable ones in its league with decent thigh support and fairly good fabric. Though the rear seats offer best-in-class knee room to its passengers, it could be congested for three adults.

Since the Datsun redi-GO shares its platform (CMF-A) and engine (799cc, 3-cylinder, petrol) with the Renault Kwid, I sat in the car with a preconceived notion that it would drive just like its cousin. To my shock, it actually felt quite different in nature than the Kwid. It surely is noisier than the Kwid (and others in the segment), but accelerates faster and feels slightly peppier than the latter thanks to its lighter weight. The car weighs almost 25kg less in weight than the Kwid with a kerb weight of 635kg, hence is the lightest car in its segment. As a matter of fact, the redi-GO accelerates to 100kmph mark from zero in 15.98 seconds which makes it the fastest car in its category.

The Renault Kwid, Maruti Alto 800 and Hyundai Eon do it in 16.87 seconds, 18.41 seconds and 18.63 seconds respectively. But I would still urge people to keep it around 90-100 as it’s slightly bouncy on ride and doesn’t give the stability one requires for high speeds. But then no car in its segment is meant for highways and long drives.

The Datsun redi-Go is the second product based on the Renault-Nissan Alliance’s CMF-A platform; the first one was the Renault Kwid. Besides the platform, it also shares its engine with the Kwid i.e. 799cc, three-cylinder petrol that churns out 53bhp at 5678rpm and 72Nm at 4386rpm. 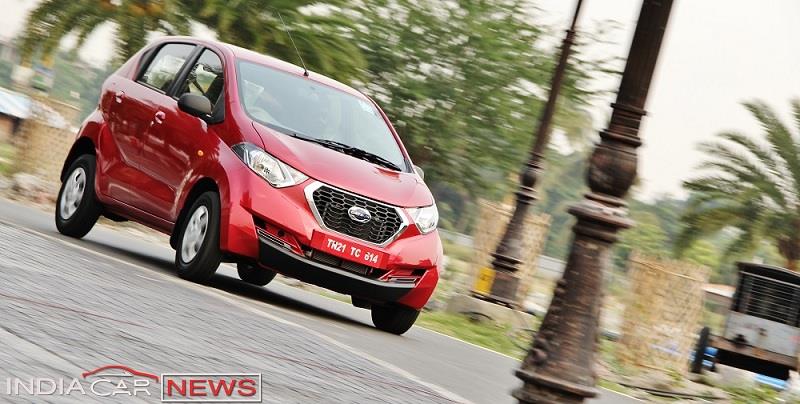 Though the company claims that the car’s braking performance is best-in-class and is progressive in nature, I felt that you need to press hard on the pedal for the car to stop in sudden braking situations. So the pedal pressure calibration could have been better.

You can hear the engine noise even when you are at idle, and it gets more vocal at higher RPMs specially if you are in the same gear and trying to speed up. While it’s a common problem with most three pot small engines, Datsun’s new small car feels noisy even when you are cruising at around 40kmph in the third gear. The vehicle’s 5-speed manual transmission too could have been better as it’s not quite a smooth-to-shift gearbox, and it may take time for you to get used to it.

What impressed me most about the car is its suspension setup, it’s slightly on firmer side but handles almost all sorts of potholes and bad patches with ease. The class-leading ground clearance of 185mm further helps it handle bad roads quite well. Interestingly, the redi-GO offers more ground clearance than several pseudo SUVs and crossovers out there in the market including the Hyundai Creta and the Maruti Suzuki S-Cross. With higher centre of gravity (due to high ground clearance), I expected the car to not handle corners (obviously the regular ones) well, but it proved me wrong again. It in fact handles corners and sharp turns better than the Maruti WagonR and other tall cars. 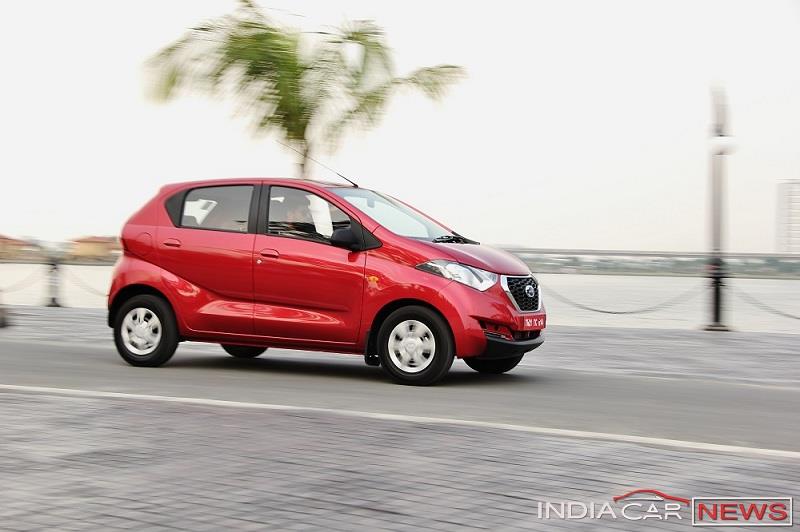 The vehicle’s steering is light and is apt for city driving, you’ll not have to make much efforts to drive it in heavy traffic. Though it lacks feedback, and there’s a gap between the input and the actual directional change. You’ll have to put slightly more efforts for the steering to respond.

Just like most cars in its category, this one too comes with an optional driver airbag and receives no other advanced features. However, it gets a strong safety shell and is claimed to offer the best-in-class braking performance. 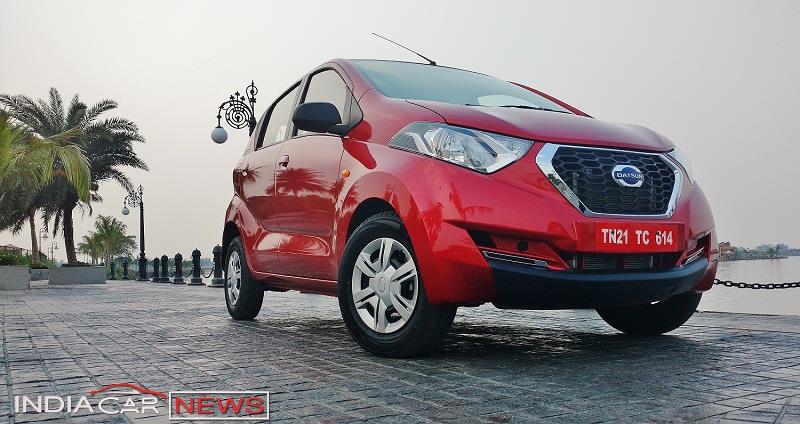