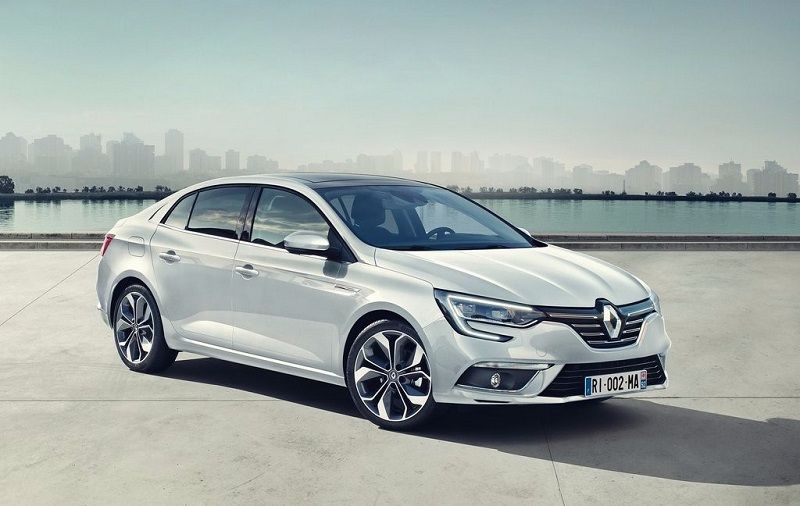 Renault had announced its plan of introducing five new cars in India in the next three years. Out of 5 upcoming new Renault cars in India, one will be Megane sedan that will have its global debut at 2016 Paris Motor Show in October. To be introduced as a replacement to the Fluence, the Renault Megane sedan will come with two petrol and three diesel engine options. The Sce 115 and Tce 130 are the petrol engines paired to a 5-speed manual or CVT and a 6-speed manual or a 7-speed DCT gearbox.

The Megane diesel will have dCi 90, dCi 110 and dCi 130 powertrains coordinated with a 6-speed manual transmission. Renault might also introduce a dCi 115 diesel mill with a 6-speed EDC transmission. However, the technical specifications of the India-bound model are yet to be revealed. Based on the Renault-Nissan CMF platform, the Megane will share its design features with Talisman sedan, and offer a class-leading boot space.

Previewed at the 2016 Beijing Motor Show, the new-generation Renault Koleos will hit Indian shores towards the end of 2017. In global markets, the new Koleos will be made available with both petrol and diesel powertrain options with capacity ranging from 130bhp to 175bhp. There could be a 6-speed manual or X-Tronic automatic gearbox, supported by all mode 4X4 all-wheel drivetrain system. In India, the current model of the SUV comes with a 148bhp, 2.0-litre dCi diesel engine with 2WD and 4WD drive system.

The new-gen Koleos will be based on the Renault-Nissan Alliance’s CMF platform, and follow the carmaker’s new design philosophy ‘Expolre’. Some of the design bits are common between the new Koleos and Talisman sedan. The SUV’s new model is 150mm longer, 12mm narrower and 29mm shorter than its current generation. Its interior, too, will be revised with new connectivity and comfort features.