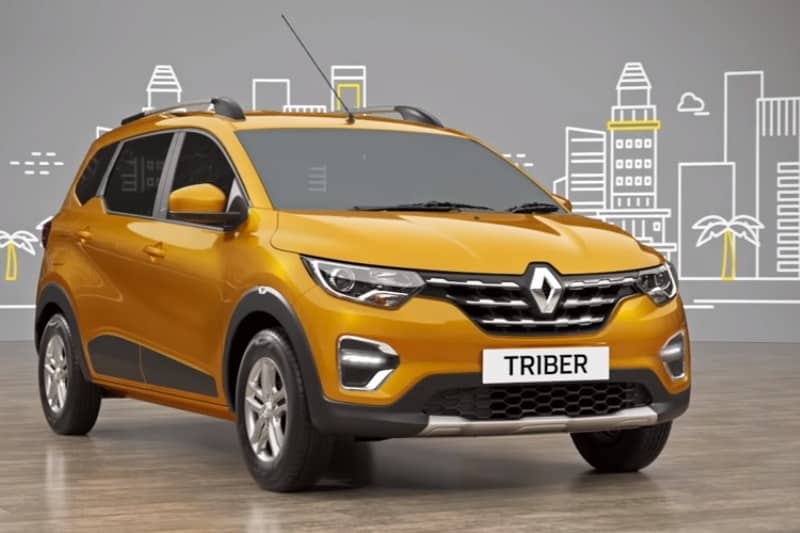 Renault Triber, the sub-4 meter MPV from the French carmaker, has finally been launched in the country. Touted as India’s most spacious subcompact MPV, the Triber is available in four trims – RXE, RXS, RXT and RXZ – priced from Rs 4.95 lakh to Rs 6.49 lakh (all, ex-showroom Delhi). In this price range, the Triber will take head-to-head against Maruti Suzuki Swift and newly-launched Hyundai Grand i10 Nios.

For power, the Renault Triber makes use of a 1.0L, 3-cylinder ‘Energy’ petrol engine that dishes out a maximum power of 71bhp at 6250rpm and 96Nm of torque at 3500rpm. The MPV can be had either with a 5-speed manual gearbox or an Easy-R AMT gearbox.

The new 7-seater MPV from Renault has been designed on the updated version of Kwid’s CMF-A platform that has been optimized for bigger cabin space and better NVH levels. Its overall length, width and height stand at 3990mm, 1739mm (with roof rails) and 1643mm respectively. It sits on a 2636mm long wheelbase and offers a boot space of 84-litres and 625-litres with the second row folded and third row folded respectively. Read – Renault HBC Subcompact SUV To Unveil At 2020 Auto Expo

The Renault Triber isn’t only high on practicality, but comes loaded with several features. It gets an 8-inch touchscreen infotainment system with Apple CarPlay and Android Auto support, MediaNav with a fast charging port, a 3.5-inch MID, a cooled glove box, AC vents for the second and third row passengers, power windows, tilt-adjustable steering wheel, rear wash and wipe and more. All variants of the MPV come with dual airbags, ABS with EBD, front seat belts reminder and speed alert system.