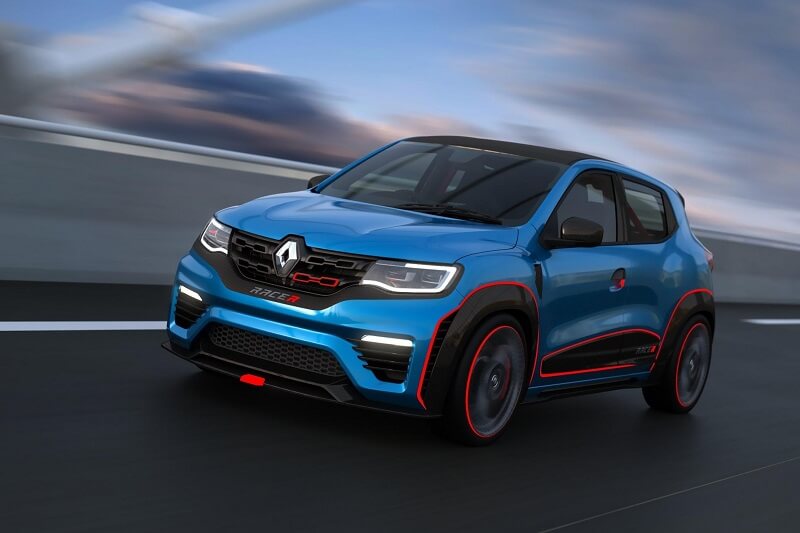 The Renault Kwid Racer edition is expected receive mirror styling of that of a race track vehicle.

Renault is on the top of its game, accredit Kwid model that has received a stirring response from the customers. Defying the segment leader, Maruti Alto wasn’t easy at all for the petite car, but its SUV-like looks and progressive design redefined the budget hatchbacks. As a result, the demand for the hatchback is surging every month. To keep the customers’ interest alive, Renault is constantly working on bringing something new after every few months. Last year, it added the 1.0 litre engine to the line-up, followed by the AMT unit and this year the company might launch the heavily accessorized special editions of the hatchback dubbed Renault Kwid Racer and Climber.

While the Renault Climber will be styled more like an off-roader, the Racer edition is expected to mirror styling of that of a race track vehicle, therefore expect a lot of new elements to the outside. At the last year’s Auto Expo, Renault brought the concept versions of these accessorized variants that caught attention of most of the on lookers at the grandiose event. We expect that the production model will not witness many changes over the concept version. Coming to the mechanicals, the Kwid Racer will reportedly carry the same 1.0 litre petrol unit that powers the Kwid 1.0-litre variant and will continue using the five-speed manual transmission. Check Out – Renault Kwid Outsider – Picture Gallery 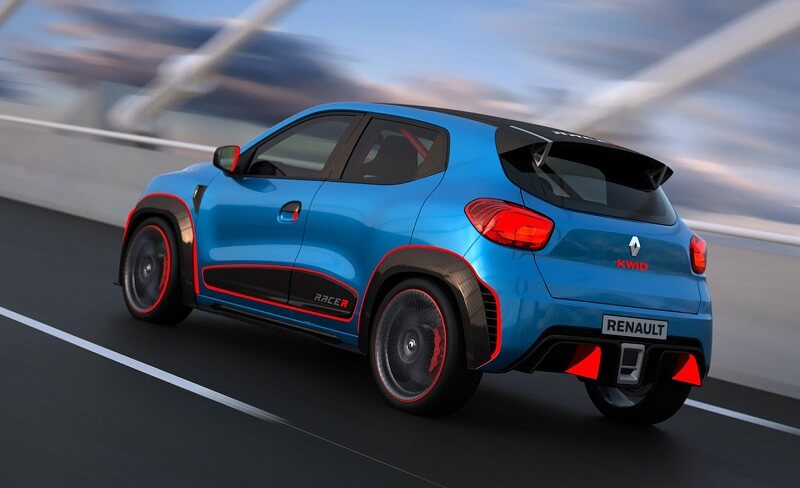 Essentially an accessorized version of the standard Kwid, the Racer edition will be priced slightly higher. It is expected that with additional features and elements on the Kwid Racer it will cost around Rs 50,000 more. That said the Renault Kwid Racer could carry a sticker price of Rs 4.50 lakh (ex-showroom price). Read – Renault Kwid ‘Live For More’ Edition Launched

As we have mentioned earlier, Kwid Racer is primarily a heavily accessorized version of the regular model, it will continue using same mechanicals as on the Kwid 1.0-litre variant. That said the Renault Kwid Racer will reportedly house the 1.0 litre, 3 cylinder petrol engine making maximum power of 67bhp at 5,500rpm and 91Nm of torque at 4,250rpm. As for the transmission, it is expected to use the conventional five-speed manual unit missing out on the AMT gearbox. 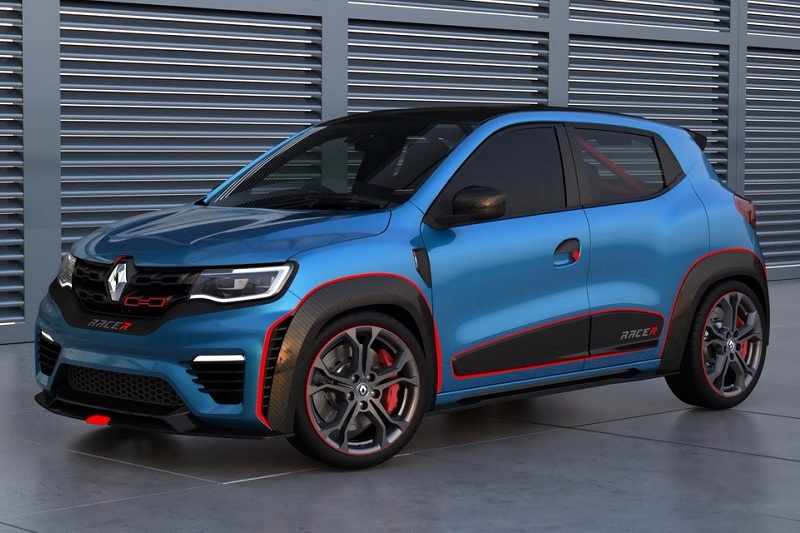 The accessorized Racer version of Kwid will be styled in tandem with the track motor racing vehicles, sporting low-profile tyres, 18 inch alloys and altered aerodynamics. The concept version displayed at the 2016 Auto Expo used new design elements to the exterior giving it a sportier stance. Sporting metallic blue paint shade, the Racer concept has an assertive face, thickly cladded wheel arches and an integrated rear spoiler atop. Although, dimensionally, the Kwid Racer is unlikely to undergo any change, hence it will measure the same as the regular model.

Inside, the Racer edition is expected to be plusher and better equipped than the standard model. From what we know so far, it will sport four-point harness bucket- seats inside and will come with a digital rev counter. Besides, the concept version displayed at the 2016 Auto Expo, donned a totem display in the centre console that enables the driver to keep a track of his al time performance. It is also expected to use material like aluminium, Alcantra and carbon on the inside. The steering wheel will too get a leather-trim along with alloy frame.