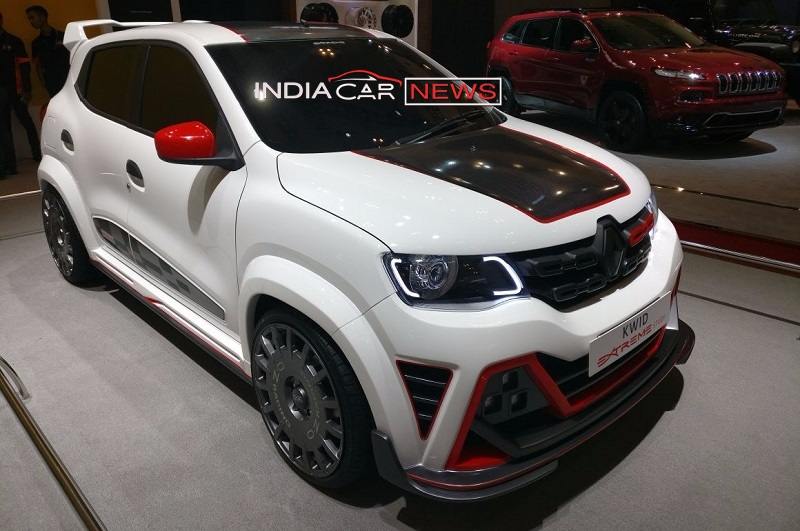 The Gaikindo Indonesian International Auto Show 2017 (GIIAS 2017) has witnessed a range of exciting products from different carmakers. The French automaker, Renault has also showcased multiple models at the event. However, the one that instantly grabbed the attention was the Renault Kwid Extreme – the accessorized version of the hatchback. Alongside, the company has also displayed the Kwid limited edition with an additional body kit and alloy wheels. 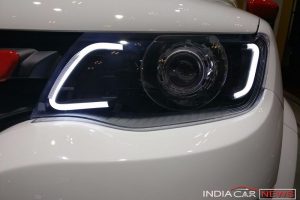 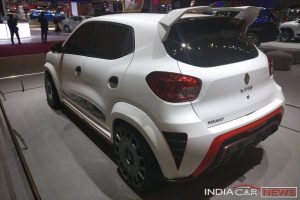 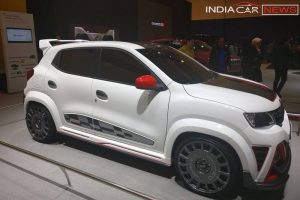 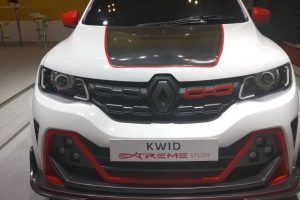 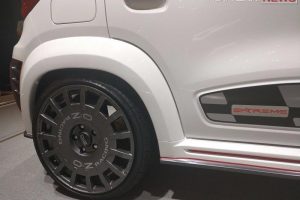 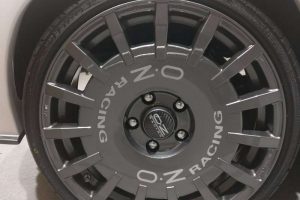 Upfront of the car has more aggressive appeal with features such new bumper with grey inserts and red highlights. It has sharp extensions and a splitter. The square LED projector headlamps have chequered flag pattern that seems inspired by the new Renault Megane RS. You will also notice the red highlights on the studs instead of chrome.

What further enhances its sporty appeal is the thick carbon fibre finish running across the roof and bonnet with red highlights. Moving towards the side, the Renault Kwid Extreme gets chequered flag patterned side rub strip that we have already seen on the Kwid 1000cc (1.0L). The pronounced wheel arches with OZ racing rims and low profile tyres and faux air intakes add more to its overall appearance. The ORVM also gets sporty red casing. Check Out – Renault Kwid Climber Pictures & Details 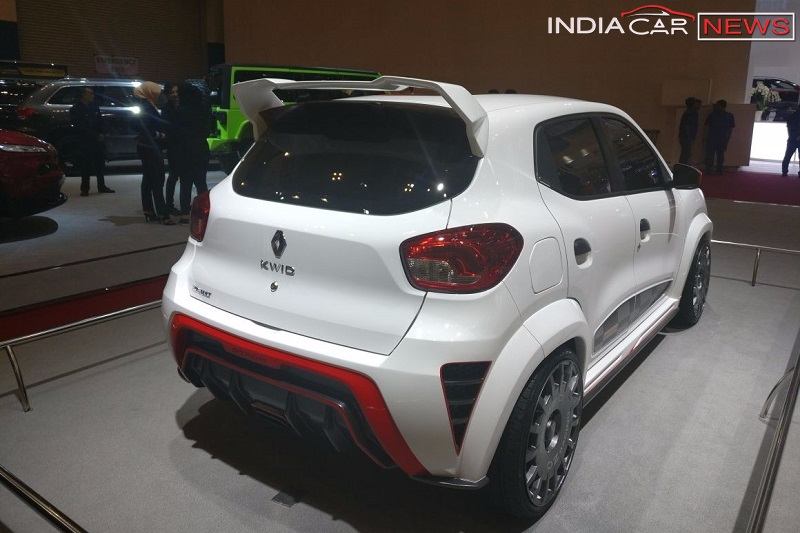 Similar to the front profile, the rear of the Renault Kwid Extreme features a revised bumper with red highlights and ‘Extreme’ badging. Other key elements include race car inspired oversized spoiler at the rear and air diffuser. The showcased accessorised version was painted in the Ice Cool White shade.

On the contrary, the interior of the Renault Kwid Extreme remains unchanged. It looks exactly similar to the regular model. Though, Renault might offer some additional features on the hatchback such as four-point harness bucket seats and a digital rev counter that we have seen on the Kwid Racer concept. Just to jog your memory, the Renault Kwid Racer was first previewed at the 2016 Auto Expo.

Talking about the engine, the Renault Kwid Extreme comes fitted with a 1.0 SCe petrol engine that makes a top power of 67bhp at 5,500rpm and 91Nm of torque at 4,250rpm. This motor is linked to a 5-speed manual gearbox.