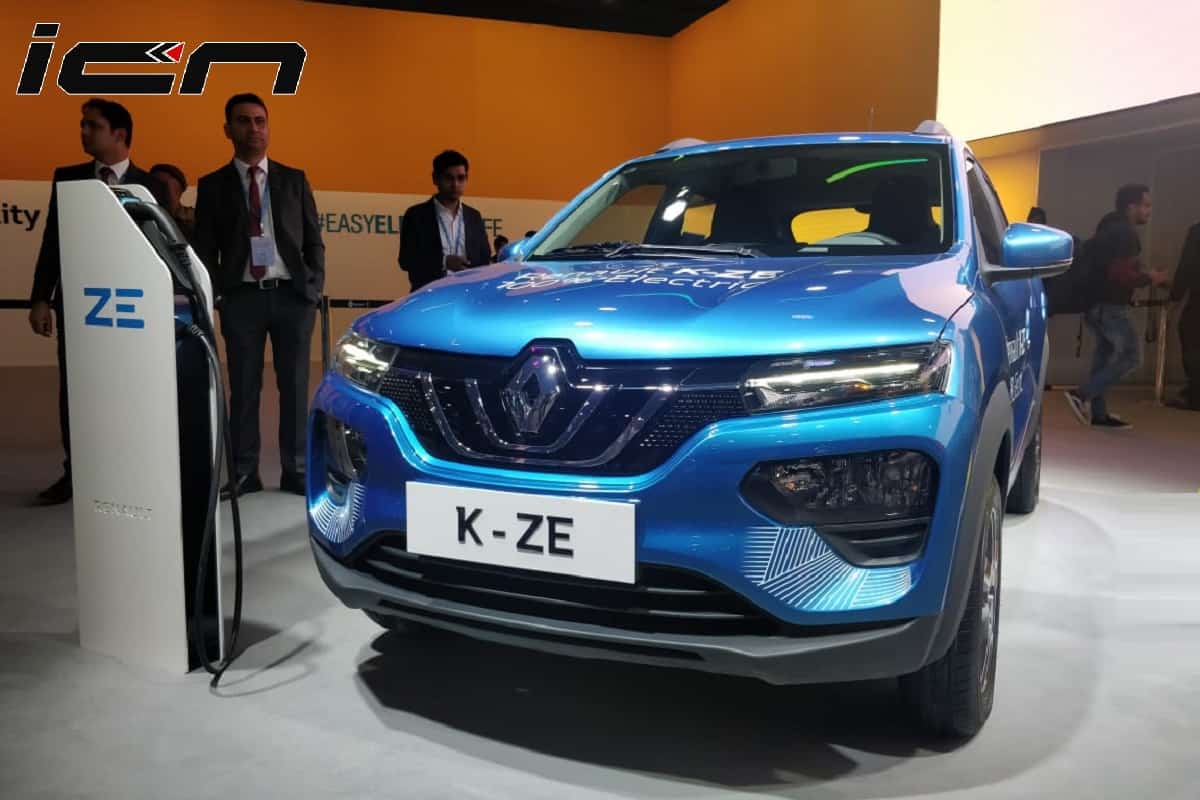 The French carmaker has unveiled its first electric car for the Indian market – the Renault Kwid EV. The electric iteration of the hatchback made its public debut at the Auto Expo 2020. Alongside, the carmaker also showcased the all-new Renault subcompact SUV that’s due for the second half of 2020. The Renault Kwid electric looks similar to the existing ICE Kwid and shares some of its components with the China-spec City K-ZE.

The Kwid EV is capable to achieve 100kmph from standstill in 10.8 seconds and offer a maximum speed of 105kmph. The hatchback’s battery pack can be charged by the standard AC charger and the DC fast charger. It can be charged in 4 hours by using a 6.6kWh AC power socket and 1 an half hour by up to 30-80% via DC fast charger.

In terms of features, the Renault Kwid EV offers an 8-inch touchscreen infotainment system with WiFi connectivity similar to the China-spec Renault City K-ZE. There is a manual AC unit and a PM2.5 air quality sensor. Some of its design highlights include sleek headlamps with LED DRLs, U-shaped grille and rear bumper integrated taillamps and reflectors.