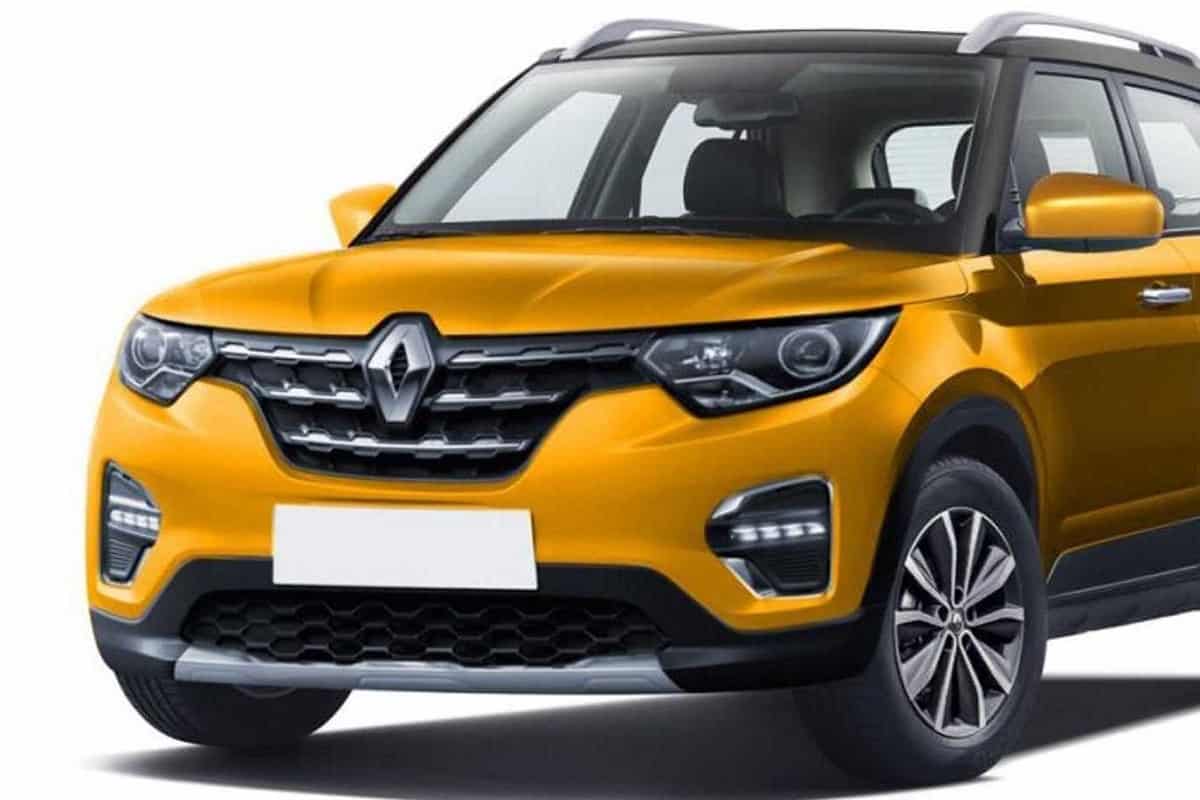 The front design of the much-awaited new Renault Kiger sub-4 meter SUV has been partially revealed in a new set of spy images.

The much-awaited Renault Kiger compact SUV is reportedly to be launched in the Indian market before Diwali, around October 2020. The new model will be designed and developed on the CMF-A+ modular platform that also underpins the Renault Triber MPV. The SUV has been spotted testing multiple times; however, latest spy images partially reveal the front design.

Going by the spy images, it is visible that the upcoming Kiger gets a V-shaped grille and split headlamp set-up. The slim LED daytime running lights are placed on top, while the triple-pod headlamp unit is placed lower down on the front bumper. Silver embellishments can be seen on the front grille. The lower bumper has dual-tone effect with blackened lower air-inlet and blackened enclosures for the headlamp and fog lamp set-up.

The compact SUV will feature crossover-ish styling with floating roofline. The top-spec model is likely to receive 16-inch alloys, while the lower-end variants are expected to feature 15-inch wheels. Other design highlights will include roof-integrated spoiler, usable roof-rails, big fenders and newly styled tail-lamps.

The previous spy images also reveal the interior of the upcoming Renault Kiger. The SUV is likely to feature all-black interior with dashboard dominated by a large floating touchscreen infotainment system. The SUV will share most of the features and design highlights including the 3-spoke multi-functional steering wheel and all-digital instrument console with the Triber MPV. The SUV will also receive automatic climate control and engine start/stop button.

The Renault Kiger compact SUV will be powered by a 1.0-litre, 3-cylinder petrol engine in naturally-aspirated and turbocharged versions. While the NA unit produces 71bhp and 96Nm of torque, the turbocharged engine churns out 99bhp and 160Nm of torque. Both manual and automatic versions are likely to be on offer. Likely to be priced between Rs 6 lakh and Rs 8 lakh, the Kiger will rival the Tata Nexon, Hyundai Venue and others.