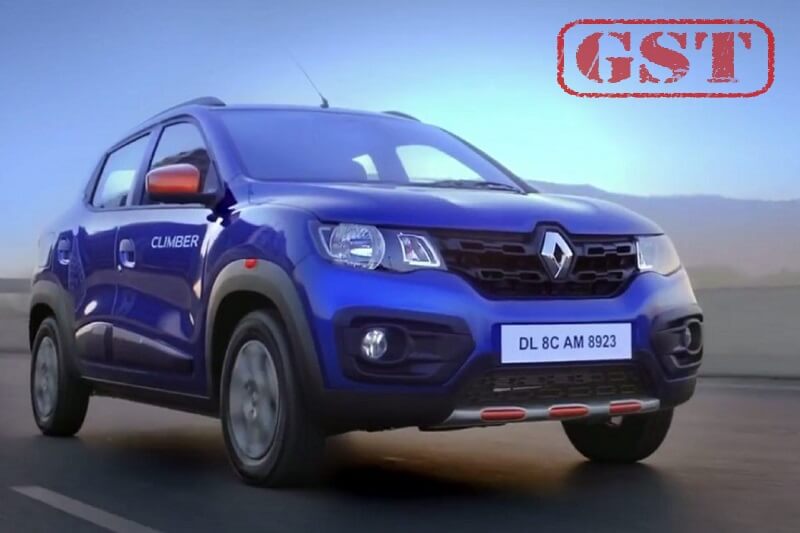 The GST (Goods and Services Tax) has brought a major change in the Indian automotive industry. Most of the cars and two-wheelers across different segments have witnessed significant price cut, while a few offerings get costlier. After Maruti Suzuki, Honda and Ford announced the new GST prices of their products, Renault India is the latest one to join the bandwagon.

With the new taxation system, Renault has reduced prices up to 7% on its select models. The models that have seen a price cut include Renault Kwid Climber AMT, Lodgy Stepway RXZ (7-seater) and Duster RXZ AWD. The French carmaker will also revise its pricing strategy in India.

The Renault Kwid Climber has gone cheaper in the process. This accessorised version receives a price cut from Rs 5,200 to Rs 29,500. The company’s best-selling SUV – Duster (RXZ AWD) gets cheaper between Rs 30,400 to Rs 1,04,000. And the Renault Lodgy Stepway (RXZ, 7-seater) has seen a price reduction between Rs 25,700 to Rs 88,600. It’s need to note that the prices will depend on the selected model, variant and the state in which it is purchased. The company will soon announce the revised prices of its other models. Photo Gallery – Upcoming Renault Cars in India

Commenting on the GST impact, Sumit Sawhney, Country CEO and Managing Director, Renault India Operations, said, “The roll out of the Goods and Services Tax from July 1, is one of the biggest achievements of the Government, facilitating a ‘one nation-one tax’ system, aimed at fostering a congenial business environment. While there may be a short-term disruption as the whole system adapts to this economic transformation, but in the long term it will be very positive for the economy and corporate India. Reflecting our customer-first approach, we have decided to pass on GST benefits to our customers, further enhancing the value proposition of our products.”