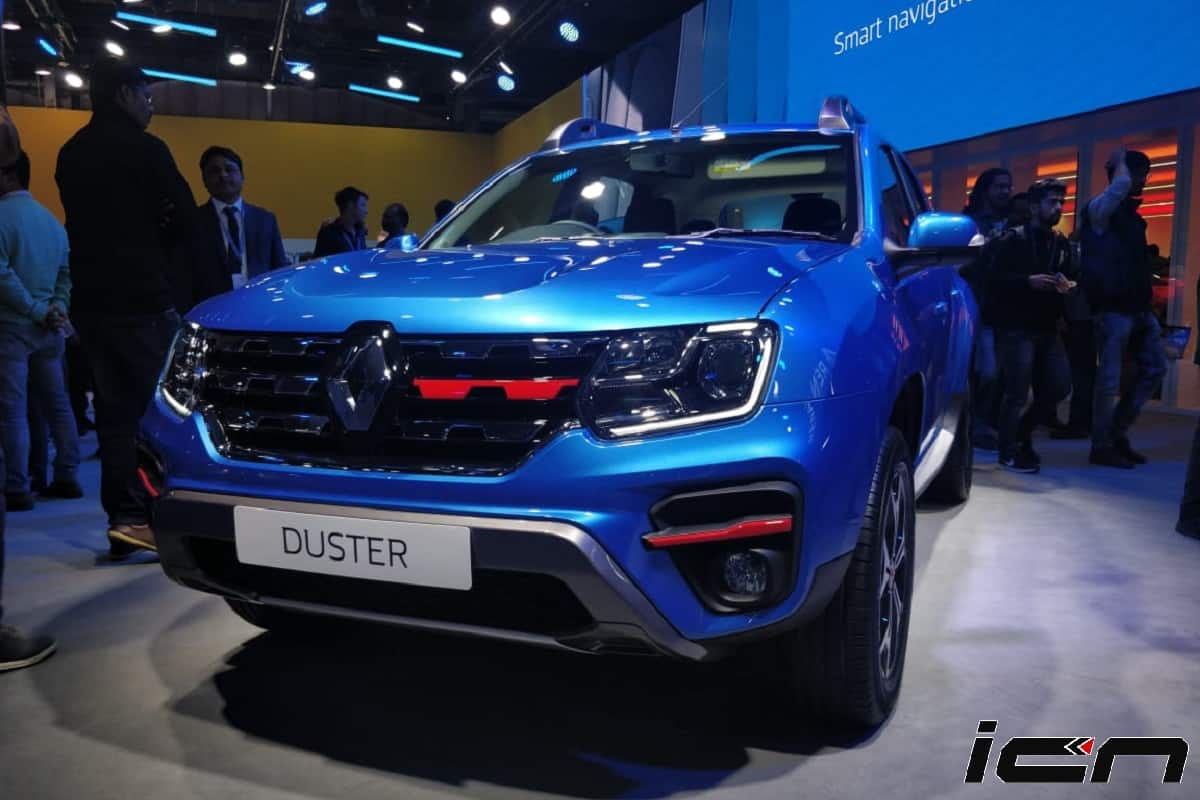 Renault Duster, the top-selling compact SUV from the French carmaker, will receive a more powerful petrol engine in coming months. The carmaker has unveiled the Duster with a new 1.3L turbocharged petrol engine at the Auto Expo 2020. Read – Renault Triber AMT Showcased at Auto Expo 2020

The turbo direct-injection gasoline motor pushes out a peak power of 156bhp against 250Nm of torque. This will make the Duster the most powerful petrol vehicle in its segment.

The new, more powerful engine will replace the existing naturally-aspirated 1.5L petrol motor. It comes paired to a manual gearbox in lower trims. The former has been co-developed by Renautl-Nissan-Mitsubishi alliance and Daimler. The new Renault Duster turbo petrol will be offered with two gearbox options – a 6-speed manual and a CVT automatic. Read – Renault Kwid Electric Coming To India

In terms of design, the Renault Duster turbo petrol features some sportier styling elements such as red accents on the front radiator grille and front bumper along with the tailgate embellisher. The black roof rails with red Duster badgeing and body coloured IRVMs add more to its new look.