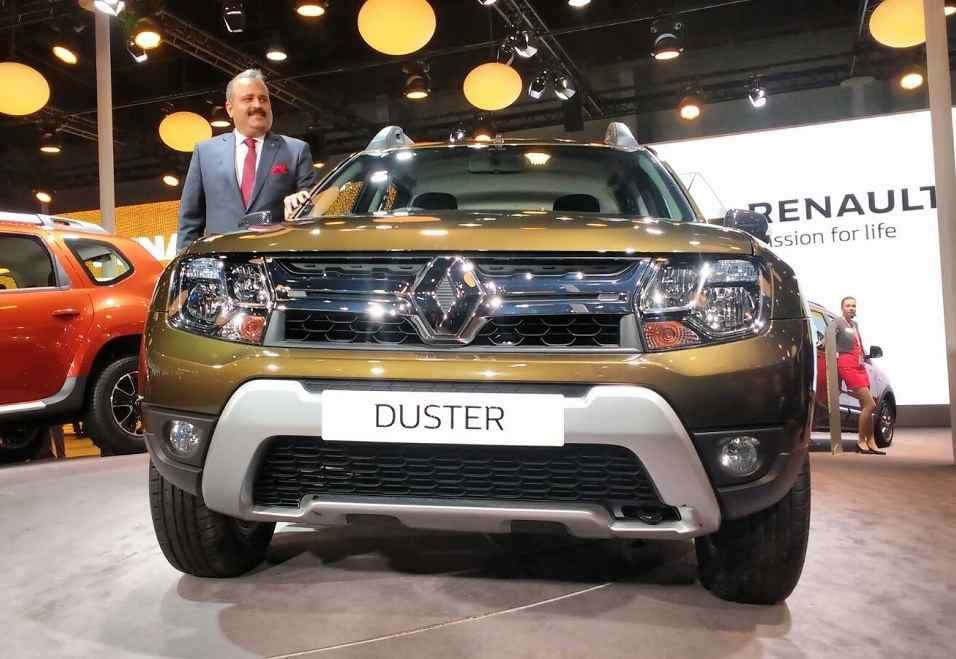 The 2016 Renault Duster facelift has been launched in India at a starting price of Rs. 8.46 lakh (ex-showroom, Delhi). Unveiled at the 2016 Delhi Auto Expo, the new Duster comes with new ‘CMO10’ & ‘T4 E&E’ architecture, and receives over 32 new styling and technical updates. Though, the major change comes in the form of a new 6-speed AMT (automated manual transmission) gearbox. This also makes it Renault’s first car to feature an AMT gearbox. The automatic version of the compact SUV is called the Renault Duster Easy-R AMT.

Since the AMT is cheaper than the six-speed dual clutch technology, it helped the company price the Renault Duster automatic aggressively against its rivals. The updated model of the compact SUV is priced at Rs. 8.46 lakh for the base variant, and Rs. 13.56 lakh for the top-ranging model. The 2016 Renault Duster facelift will face competition from the cars like Hyundai Creta, Maruti Suzuki S-Cross, Nissan Terrano and others in the league.

*All prices are ex-showroom, Delhi

Powering the new Renault Duster model is the same 1.5-litre dCi diesel and 1.6-litre K4M petrol engines that did duty on the previous model. Though, both the powertrains are claimed to be high on refinement. The oil burner come with an optional 6-speed AMT (aka Easy-R AMT) gearbox that certainly makes it more convenient to drive around city roads. While other variants continue to be available with a 5-speed manual and a 6-speed manual transmissions. The India-bound Duster facelift borrows its design elements with the Brazilian-spec model.

As mentioned above, the vehicle’s facelifted model shares some of its design elements with the Brazilian spec-model. Ditching the multi-slat front grille, the compact SUV gets a single slat chrome grille along with re-designed headlamps and front bumper. The 2016 Renault Duster model features a single slat chrome grille instead of multi-slat grille at the front. With revised interior and 21 new features, the new Renault Duster 2016 model is more up-market than the previous one.

Under the hood, the new Renault Duster 2016 features the old engine lineup – i.e. a 1.6-litre K4M petrol and a 1.5-litre dCi diesel. While the former is capable of yielding a maximum power output of 102.53bhp with 148Nm of torque, the latter one is tuned for two states of power outputs – 108.45bhp with 245Nm and 83.8bhp with 200Nm. There are three transmissions on offer – a 5-speed manual, a 6-speed manual, and an optional AMT (only on the diesel model).