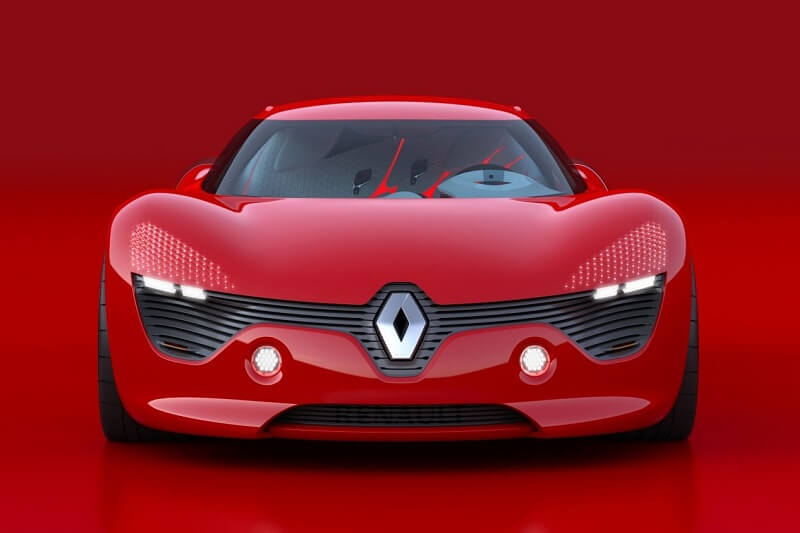 Renault DeZir electric coupe concept is equipped with a 24kWh lithium-ion battery and it can run upto 160km on full charge.

Renault, the French automaker is reportedly planning to showcase the ‘DeZir’, an electric concept at the 14th edition of the Delhi Auto Expo in February, 2018. This concept was previewed to public at the 2010 Paris Motor Show. Besides, the company will also showcase other models like the Kwid, the Duster and the Captur. However, Renault is yet to make an official statement on the unveiling of Renault DeZir in India.

The DeZir concept is powered by an electric motor mounted in a mid-rear position. The motor is mounted in the rear to optimise weight distribution over the front and rear wheels. This is the same basic electric motor that also powers the production-ready Renault electric cars. It is equipped with 24kWh lithium-ion battery offers a range of 100 miles (160km).

The Renault DeZir concept is basically a two-seater sports coupe and it measures 4.2 meter in length. This concept electric car is claimed to have a drag coefficient of 0.25 and it accelerates to 100kmph from standstill in just five seconds. The vehicle could be showcased to attract visitors to Renault’s stall or gauge buyers’ interest towards electric cars in India. If media reports are to be believed, the company is also working on a 7-seater crossover MPV for the Indian market. The new crossover MPV will be developed on Renault-Nissan Alliance’s CMF-A platform and will rival the Maruti Ertiga. It will be launched in the country in 2018. 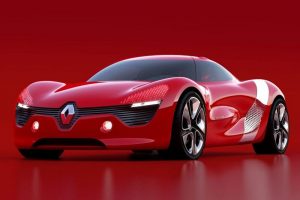 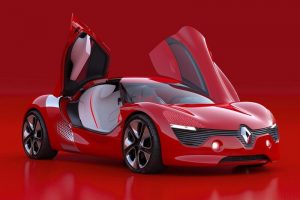 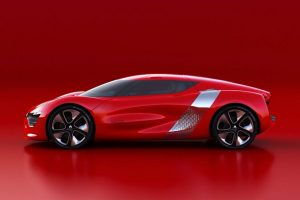 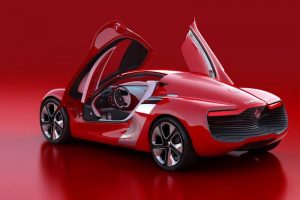 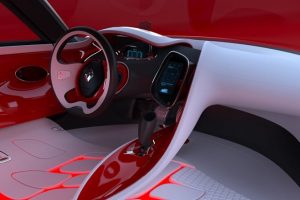 Renault India is yet to make an official announcement on the unveiling of this concept at the Delhi Auto Expo 2018. First showcased at the 2010 Paris Motor Show, the Renault DeZir is yet to enter into production line. It is quite early to comment whether this concept will be launched as production-ready model. We will update you on the same as soon as Renault announces anything on the same. Also Read – New Cars To Be Unveiled At Auto Expo 2018

The DeZir is an electric two-seater sports coupe coupe. This model is yet to enter into production line. It is expected that the DeZir will be a showcar for Renault at the Delhi Auto Expo 2018. If it enters into production, the sports coupe will likely to cost around Rs 40-50 lakh. You May Also Like – Renault Captur | New Renault Duster | Renault Koleos

The DeZir sports coupe is equipped with an electric motor that is mounted in a mid-rear position for better weight distribution over the front and rear wheels. It gets a 24kWh lithium-ion battery that offers a range of 100 miles (160bhp). This basic motor is the same unit that also powers Renault’s production electric motor. It is capable of producing 147bhp of power and 226Nm of torque.

In order to offer high range and dynamic performance, Renault Design’s technical teams have kept DeZir’s weight to a minimum. The vehicle is claimed to feature Kevlar made body, while its tubular steel frame is similar to that employed for the Megane Trophy race car. The concept features a fully underbody fairing and a rear diffuser, which reduces drag coefficient to 0.25. It is claimed to accelerate to 100kmph from zero in just five seconds.

DeZir’s energy efficiency package also includes the recovery of deceleration energy. The technology it employs is based on the same principles as the KERS (Kinetic Energy Recovery System) seen in Formula 1. When the car decelerates, kinetic energy is recovered and stored in the battery. In the case of DeZir, this energy can then be employed by the driver to provide a temporary power boost at the moment he or she chooses, using a button located on the steering wheel.