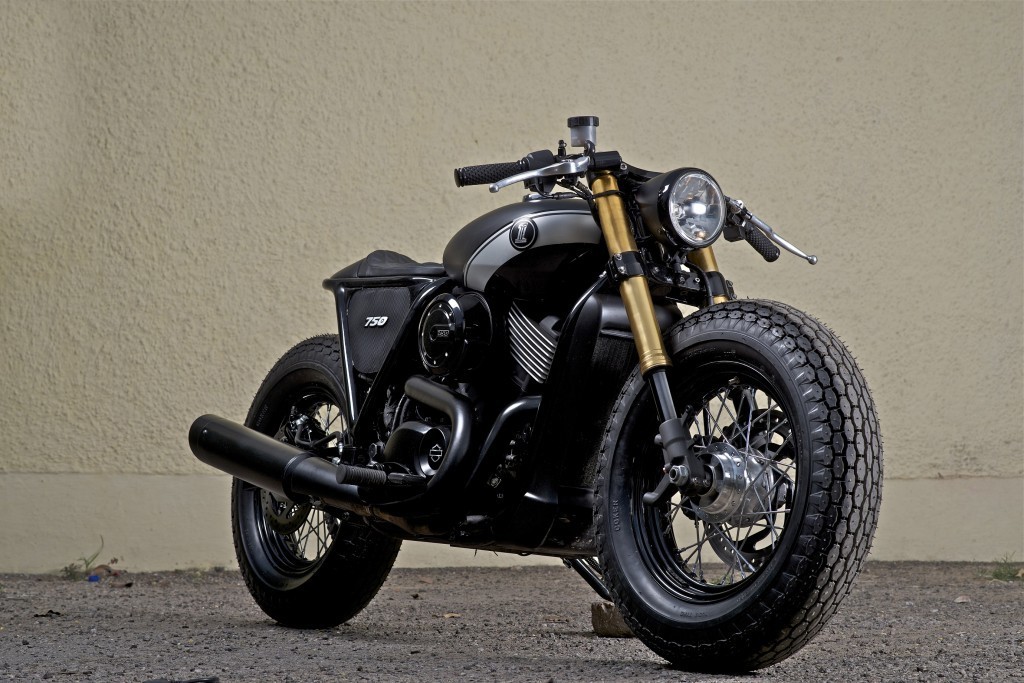 India Bike Week 2015 is the third installment of India’s largest bike festival. This bike festival has seen more than 1,000 Harley-Davidson riders that will ride down to Goa from all across the country. Moreover, the company will also celebrate its 5th anniversary in India. For the first time, Harley Davidson India will also be giving out demo rides at the event. Talking about upgrades to the standard model, the Street 750 Café racer features the Suzuki GSX-R forks with 25 per cent stiffer springs. The plastic grille that surrounds the front-mounted radiator has been removed, which offers more suspension travel than stock. The tank was lifted slightly at the back, while the gas cap moved to the left side.  The speedo is mounted on the tank itself, while a grey colored strop aligns with the fins of the rear cylinder.

The dual shocks have been replaced by a monoshock placed to the right-hand side of the swingarm. This monoshock also has the compact battery and some part of the wiring loom.  The belt drive system is replaced by a chain.  Other additions include new subframe cowl behind a diversified black leather seat. The modified swingarm can accommodate larger rubber, while the 16-inch Harley 48 rims and hubs are covered with Coker tires. It features custom-fabricated clip-on bars.