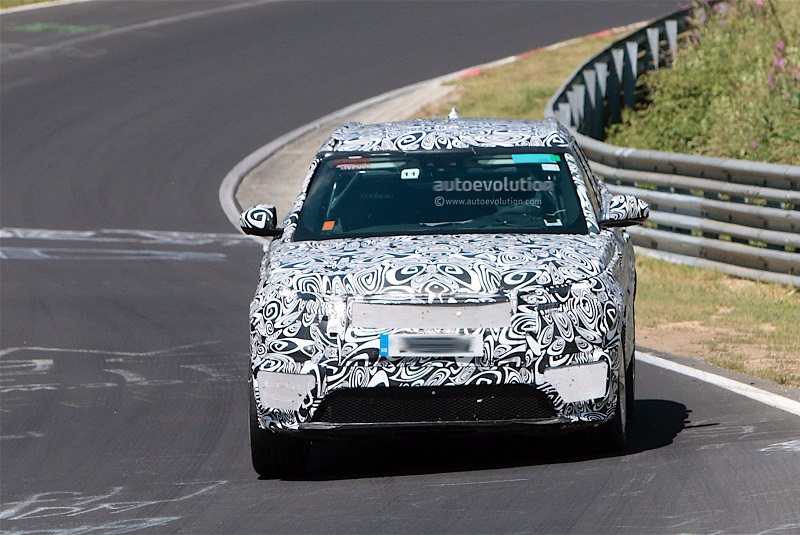 Upon its launch, the 2018 Range Rover Sport Coupe will take on Mercedes-Benz’s GLE and BMW X6.

Tata Motors-owned British SUV maker Land Rover is working on a the SUV coupe version of the Range Rover Sport that is expected to launch in 2018. As a matter of fact, the company has already started testing it, as 2018 Range Rover Sport Coupe’s prototype was recently spotted at the Nurburgring.

Since the prototype was completely camouflaged and fake panels at the rear, we cannot comment on the styling changes it will receive. What’s visible though is the lower roofline, and this might get slightly different doors. Upon its launch, the Range Rover Sport Coupe will take on the likes of Mercedes-Benz GLE and BMW X6. If reports are to believed, the 2018 Range Rover Sport Coupe is based on the company’s D7u platform and is internally known as L560.

Rumour has it that this upcoming model could get the Ingenium family’s first inline-six cylinder engine. In addition to that, the entry-level variant could power a four-cylinder mill, while the top-of-the-line SVR variant might feature a supercharged V8 motors. But few other reports claim this model will share its chassis, suspension and wheelbase with the regular Range Rover Sport.

Though the prototype’s cabin features a roll cage and Corbeau racing seats, the final version will have a more comfortable seats. The interior layout could be quite similar to the regular Range Rover Sport

The RR Sport Coupe will not launch anytime before 2018, as the testing of the vehicle has just begun. Since it will be a global model, we expect it to come to the Indian market as well in the same year.