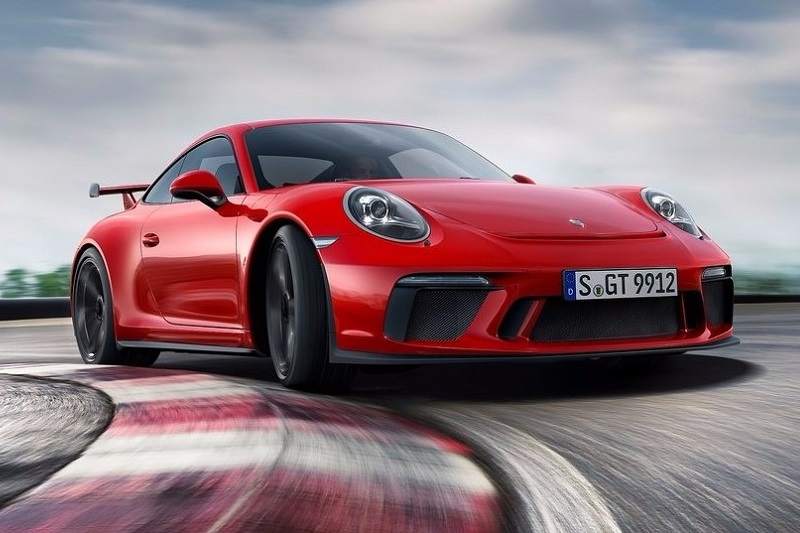 2017 Porsche 911 GT3 is the high-performance racing version of the Porsche 911 sports car.

The German sports car manufacturer, Porsche has further expanded its 911 model lineup with the all-new 911 GT3 in the Indian market. Priced at Rs 2.31 crore (ex-showroom), the Porsche 911 GT3 sports car will face challenge from cars like Audi R8, Mercedes AMG GT-R and Nissan GT-R. Bookings for the vehicle were officially commenced early this year. First previewed at the 2017 Geneva Motor Show, the 2017 Porsche 911 GT3 is the high-performance racing version of the Porsche 911 sports car. For 2017 model, the car has witnessed significant upgrades over its predecessor. Check Out – New-generation Porsche Cayenne Pictures & Details

Commenting on the launch, Pawan Shetty, Director of Porsche India, said, “Motorsport is an integral part of Porsche’s DNA; it is racing heritage which gives us the edge in delivering true sports cars with exceptional everyday usability, and no more so is that apparent than with the 911 range. Porsche’s iconic model has been developed on racetracks over five decades and we are immensely proud to announce the arrival of out first GT3 in India today.” 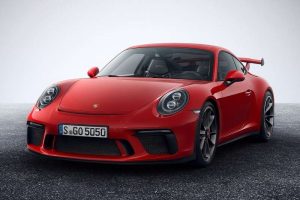 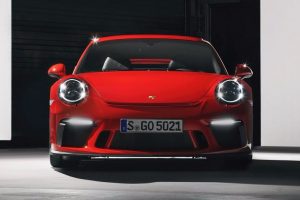 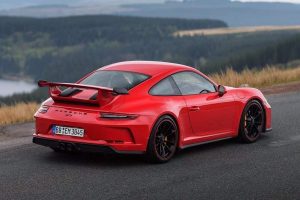 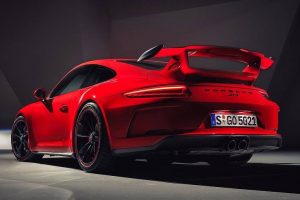 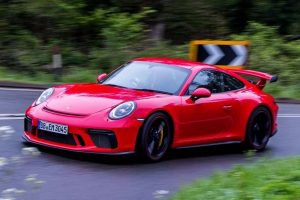 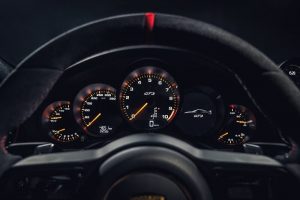 Under the hood, the 2017 Porsche 911 GT3 features a 4.0-liter, six-cylinder boxer engine pushing out a whooping 493bhp against 540Nm of peak torque. The sports car can be brought either with a 7-speed PDK automatic gearbox or a 6-speed manual transmission. With automatic gearbox unit, the 911 GT3 can accelerate 0-100kmph in 3.4 seconds before hitting a top speed of 318kmph.  Picture Gallery – ‘Dark Knight’ Batmobile Made From Porsche 911 Turbo S

On the other hand, the 2017 Porsche 911 GT3 manual version is capable to attain a top speed of 320kmph. It can mark 0-100kmph sprints in 0.5 seconds. This makes it faster than the automatic iteration of the sports car.

Sporting racing DNA, the new 911 GT3 looks slightly different from the Porsche 911. It carries imposing stance and sleek sloping roof. In order to improve its aerodynamics, Porsche has optimised front and rear ends of the car using lightweight polyurethane with hollow glass spheres and carbon fibre elements. The new rear lid, wing supports and rear wing are also made from carbon. Some of the design highlights include smoked LED headlamps with four-point LED DRLs, sharp sloping roof and large wheels. Read About – New Porsche Panamera Turbo

The chassis of the 2017 Porsche 911 GT3 has been tuned with lightweight rear axle. The active rear-axle steering not only makes it more agile around corners, but improves its overall driving dynamics as well. Features such as PVT (Porsche Torque Vectoring) Plus and PSM (Porsche Stability Management) further enhance drivability of the car. This high-performance sports car features Porsche Active Suspension Management (PASM) variable shock-absorber system. Read More About – New Porsche 718 Cayman & Boxster