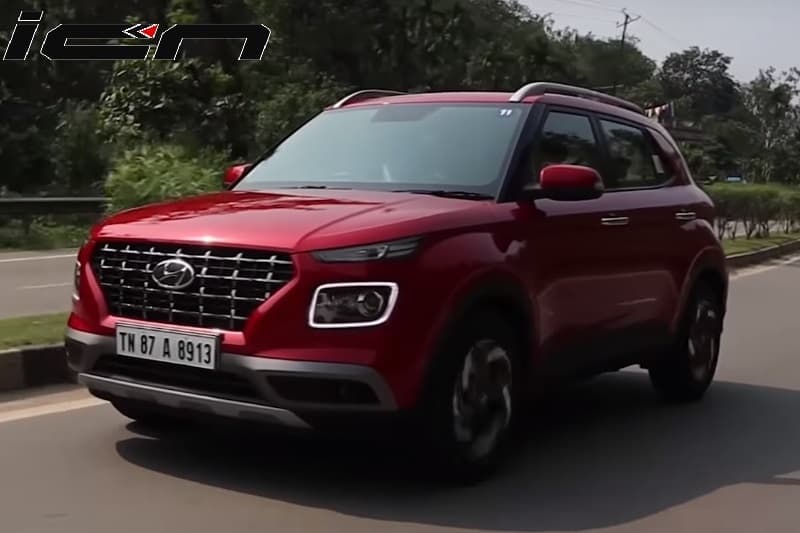 Launched in May 2019, the Hyundai Venue has completed a successful year in the Indian market. The carmaker has announced that it has sold over 1 lakh Venue so far including over 97,400 units in the domestic market and over 7,400 exported units. From January to May 2020, the company managed to retail over 24,400 units of the subcompact SUV. This makes it the top-selling model in its segment in 2020. Read – What’s Common Between Hyundai Venue And Upcoming Kia Sonet

Hyundai has also revealed that the Venue turbo-petrol variants account 44% of the model’s total sales including over 15,000 units of turbo-petrol automatic. The Hyundai Venue turbo-petrol comes with 118bhp, 1.0L T-GDI engine paired to a 7-speed DCT (dual-clutch transmission) gearbox. While the new 1.5L diesel variants account 30% of the total sales, over 30,000 customers have opted for variants with BlueLink Connected Car Technology. Just so you know, the Hyundai Venue is the India’s first connected SUV.

Talking about Hyundai’s future plan, the carmaker will bring in the Tucson facelift and new-generation i20 hatchback this year. While the updated SUV will see a release in coming weeks, the 2020 Hyundai i20 is reported to hit showrooms in October. The company is also working on the 7-seater version of the Creta SUV. Expected to launch early next year, the 7-seater Creta is reported to be named ‘Hyundai Alcazar’. It will be positioned above the 5-seater Creta in the company’s product lineup and rival the cars like upcoming Tata Gravitas and MG Hector Plus.