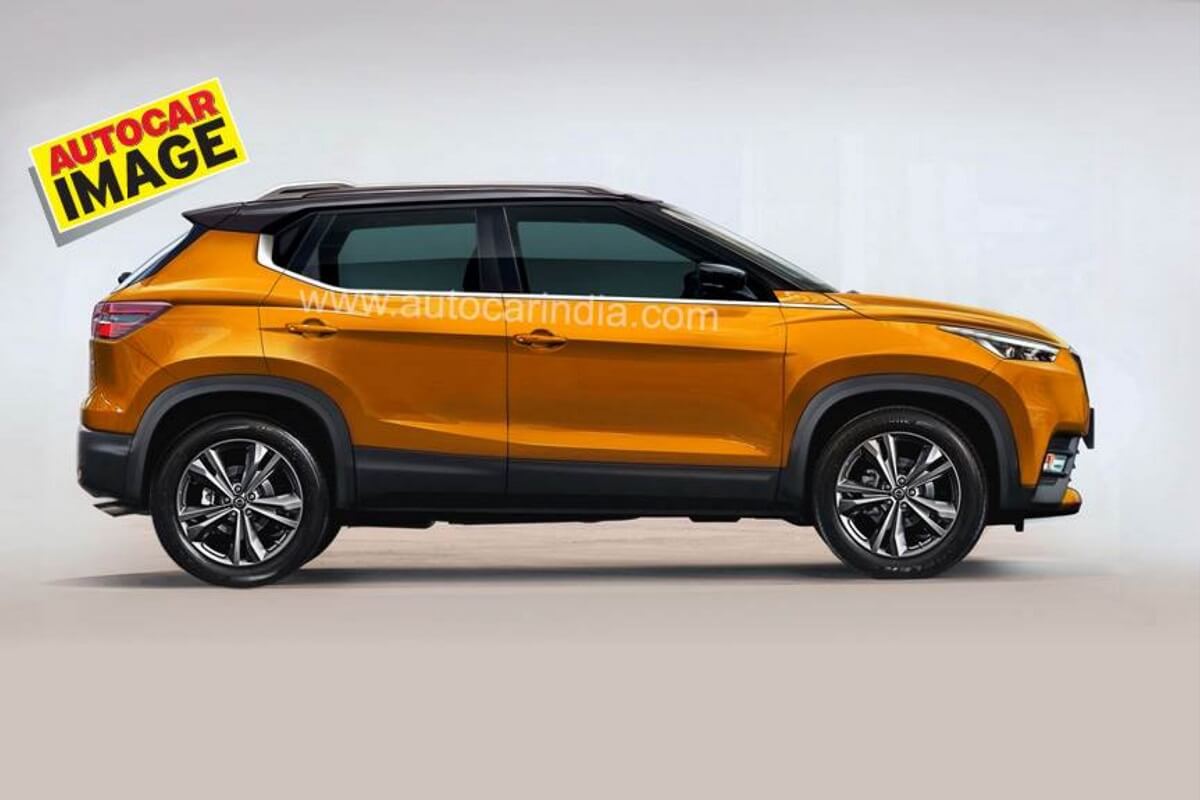 It was speculated that the much-awaited Nissan Magnite SUV will be launched in May-June 2020. However, a new media report claims that the company is now aiming to launch the new model during August 2020, before festive season Diwali. Renault will also introduce a new sub-4 meter compact SUV, likely to be called the Kiger, during festive season, Diwali.

A new digital rendering based on the teaser images reveal the possible styling of the upcoming Nissan Magnite compact SUV. The report claims that the new compact SUV will have a striking design with crossover stance. Some of the design highlights will include chunky wheel arches, LED headlamps and tail-lamps, dual-tone body paints and premium set of alloy wheels.

The upcoming Nissan Magnite SUV will be equipped with several high-end features, which we normally see in big cars. It will receive the 360 degree camera, which is also available in the Kicks SUV. The SUV will also receive connected car technology, a large touchscreen infotainment system, automatic climate control, multi-functional steering wheel and others.

The entry-level variants of the Nissan Magnite SUV will be powered by a 1.0-litre, 3-cylinder naturally aspirated petrol engine that also powers the Renault Triber. This engine produces 72bhp of power and 96Nm of torque. The higher variants will receive the 1.0L turbocharged petrol engine that produces 99bhp and 160Nm of torque. Transmission choices will include a 5-speed manual and a CVT automatic unit. The same engine gearbox combination is also expected to be offered with the Renault Kiger.

The report claims that the Nissan Magnite will be the cheapest model in its category. The entry-level manual and CVT variants will cost as low as Rs 5.25 lakh and Rs 6 lakh respectively. This will make it the most afforable automatic model in its category as well. The SUV will directly rival the likes of the Tata Nexon, Maruti Brezza, Hyundai Venue and the upcoming Renault Kiger.