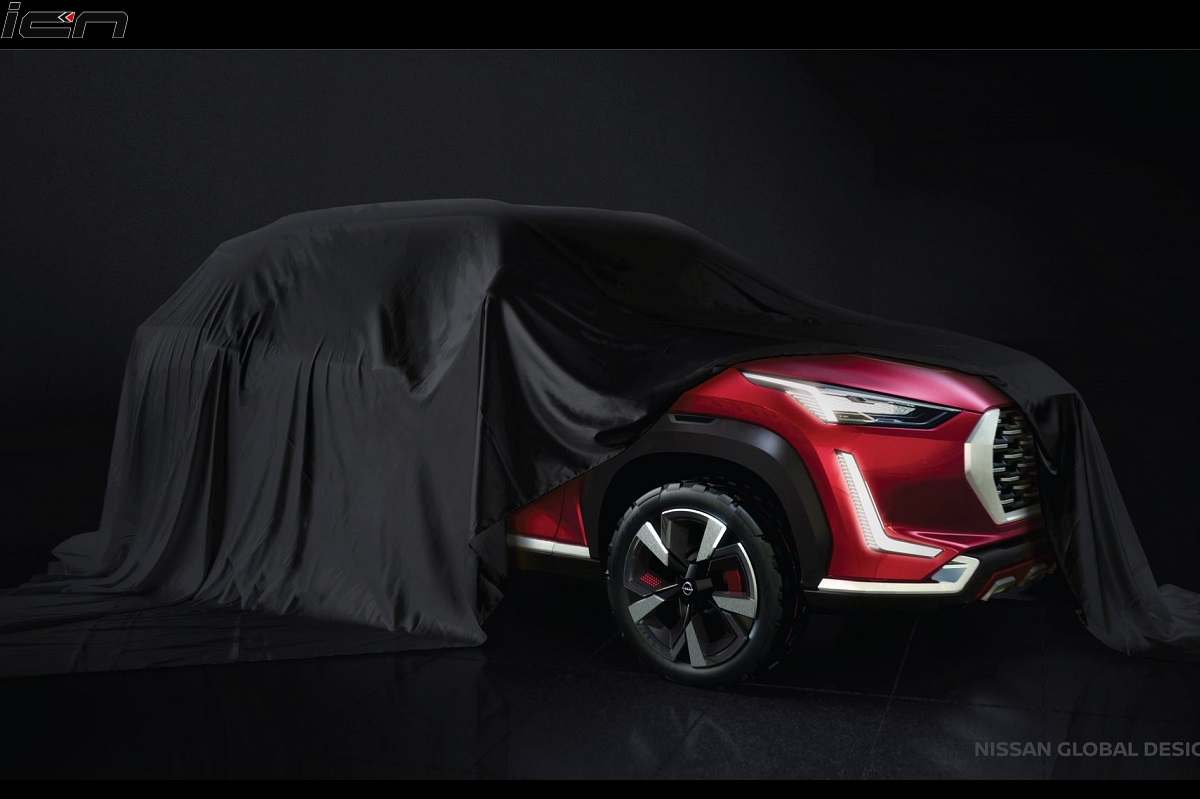 The much-awaited Nissan Magnite sub-4 meter SUV will officially make its global debut on July 16, 2020. The company will showcase the SUV in pre-production avatar. Nissan has also released two new teaser images of the compact SUV, which shows the front design language. It is reported that the launch of the Nissan Magnite has been pushed to January 2021.

Before Magnite, Nissan’s alliance partner Renault will launch the Kiger compact SUV. Both models are based on the same CMF-A modular platform that also underpins the Renault Triber. The Magnite was earlier planned to be launched under the Datsun nameplate; however, Nissan is now aiming to slowly discontinue the brand from its global line-up.

The teaser also suggests that the Nissan Magnite features the Datsun-like Hexagonal grille with chrome surround. Some of the design highlights include sculpted bonnet, massive L-shaped LED DRLs, new slimmer headlamps, LED fog lamps and dual-tone bumper with silver faux skid plate. The model also gets chunky wheels, which are likely to be changed in the production car. The Magnite also gets bold wheel arches with black plastic cladding all around the body for rugged profile.

The upcoming Nissan Magnite compact SUV will be powered by a 1.0-litre, 3-cylinder petrol engine in naturally-aspirated and turbocharged versions. The NA version is capable of producing 71bhp and 96Nm of torque, while the turbo unit is good for 99bhp and 160Nm of torque. Transmission options include a 5-speed manual and a CVT automatic.

Previous media reports claim that the compact SUV will be priced as low as Rs 5.25 lakh. In fact, the CVT automatic version is likely to cost under Rs 6 lakh. The compact SUV will directly rival the likes of the Hyundai Venue, Tata Nexon, Renault Kiger and others.