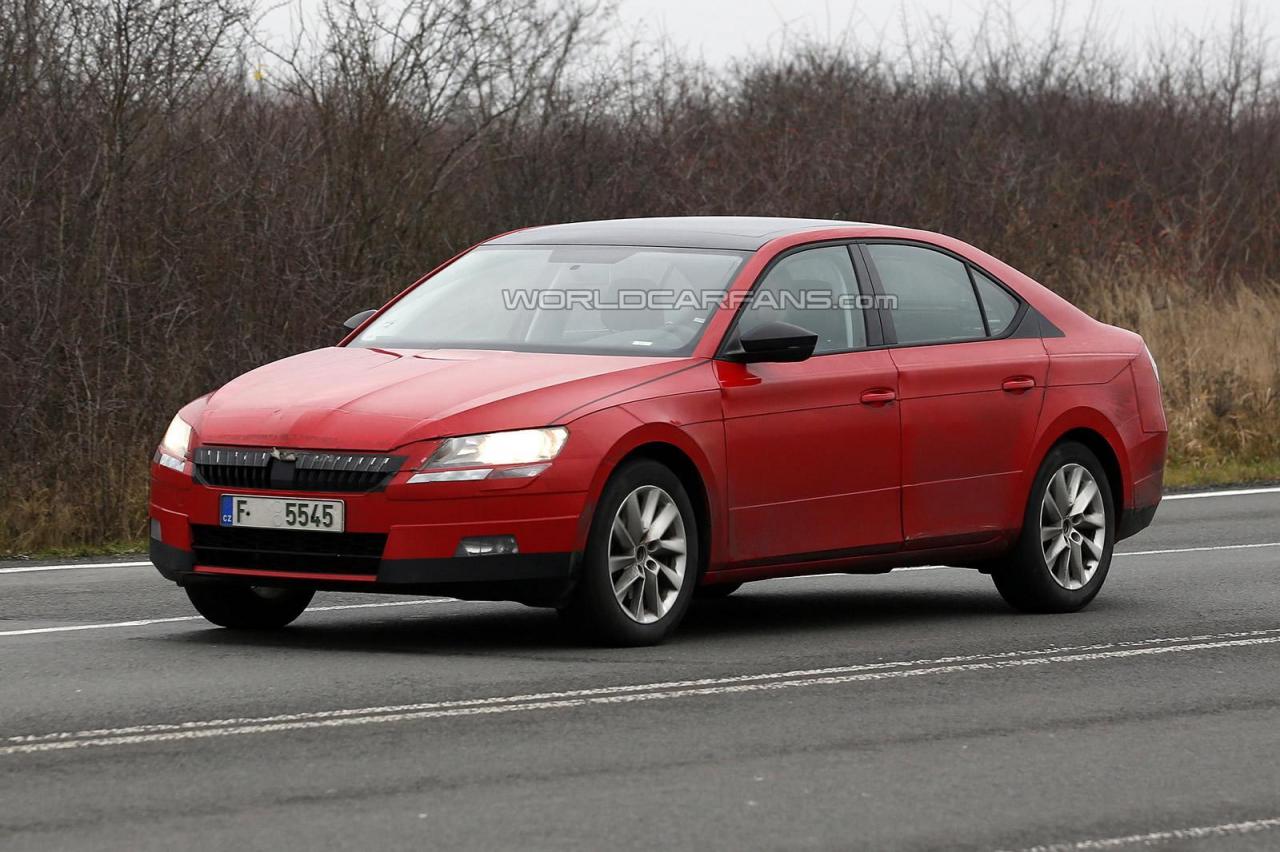 Skoda has recently released few camouflaged and teaser images of the upcoming Skoda Superb saloon. Ahead of its global premiere in February, 2015, the 2016 Superb sedan has been spotted while undergoing testing. The spotted model gets minimal camouflage, which hides the company’s new design language. The vehicle shares most of its styling cues with the VisionC concept. Based on the extended MQB platform that also underpins the Volkswagen Passat, the next Superb sedan will get all the goodies and advanced functionalities offered in its sibling. The next Superb will be longer and wider than the previous model, and features an extended wheelbase. The sedan is 20mm longer and 50mm wider, while the wheelbase has been increased by 80mm to offer extra cabin and luggage space. It is 75kg lighter than the predecessor, which contributes to its performance and efficiency. The vehicle comes with a trunk capacity of 625-litres which can be increased up to 1,760 litres by folding the rear seats.

The sedan will source its engine lineup with the Passat saloon, while the powerful 3.6L V6 FSI motor powering the current model will be removed. Power will be transmitted to front wheels of the sedan, while an all-wheel drive system is expected to come as an optional.  The 2016 Skoda Superb sedan will make its public debut at 2015 Geneva Motor Show. The India launch is expected by early 2016.