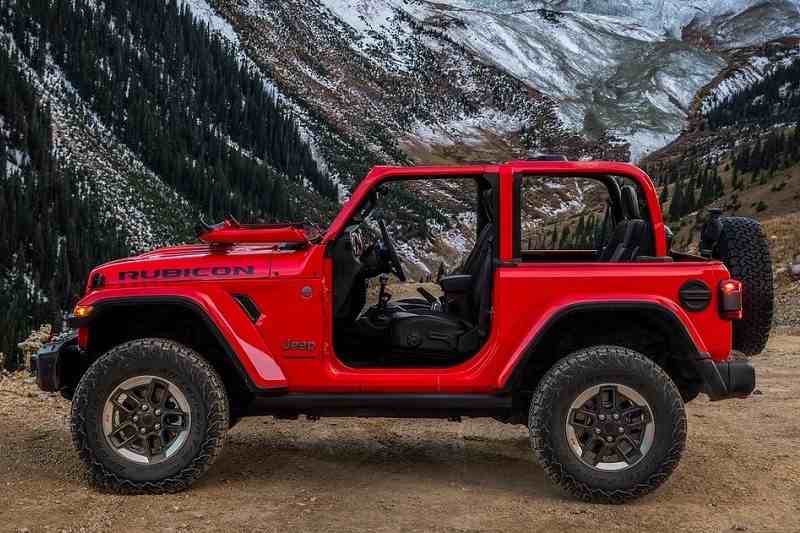 Ahead of world premiere at LA Auto Show, Jeep has revealed the interior pictures of the Wrangler.

Jeep, the American automaker has recently unveiled the new Jeep Wrangler through a series of pictures. Though, the company had revealed the exterior styling of the SUV. Now, the iconic automaker has released a new set of pictures of the Wrangler, revealing the interiors. The SUV will make its public debut at the upcoming LA Motor Show. This time, the automaker has showcased the interiors of both the two door and four-door version of the SUV. It comes equipped with better quality cabin, featuring improved infotainment system, new features and better fit and finish. 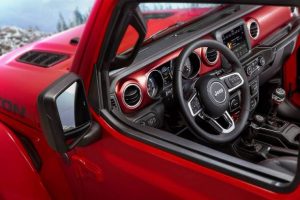 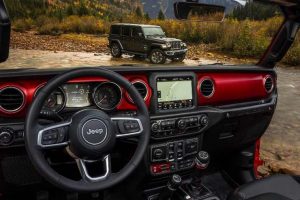 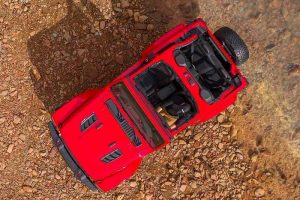 Going by the images, it is visible that the new Wrangler comes with a larger infotainment system with a larger touchscreen. It will be compatible with Android CarPlay and has inbuilt navigation. There is a stylish screen positioned between the instrument gauges, which give it a slightly upmarket feel and rugged look. Both manual and automatic gearbox options are on offer. It comes with a large manual 4×4 selector lever that is mounted next to the gearbox. In a bid to add premium character to it, Jeep has added chrome treatment on the steering wheel around buttons along with better quality switches on the central console. Also Read – New Jeep sub-4 meter SUV In The Works

The dashboard design seems identical to the previous model, but it has been improved with a new dual-tone layout. This model gets a red dashboard insert, which complements the exterior styling of the SUV. Chrome bezel around air-conditioning vents are also on offer, though, the design of the vents remain intact. The switchgears design is similar to the outgoing model, but the quality has been improved.