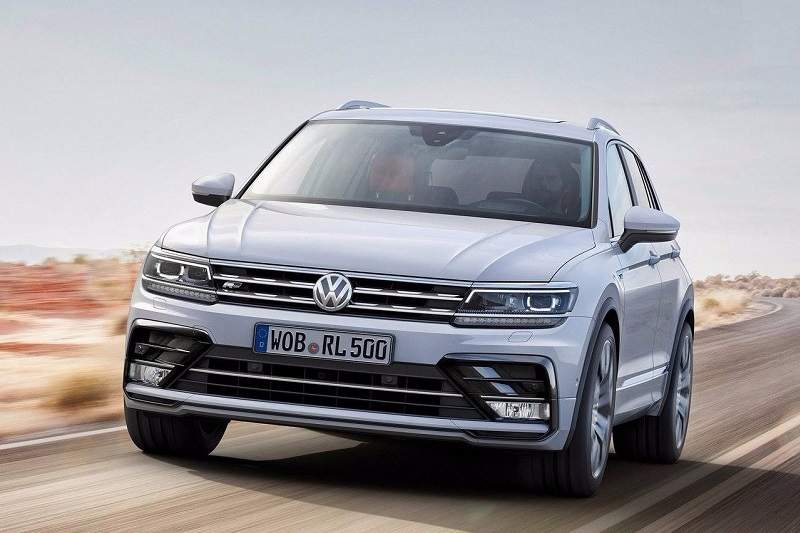 Volkswagen Tiguan is VW Group’s first SUV based on the MQB platform that also underpin the new Skoda Octavia.

Volkswagen Tiguan is the new entrant in the fierce SUV space in the country. This premium SUV is being offered in two grades – Comfortline and Highline – priced at Rs 27.68 lakh to Rs 31.04 lakh (ex-showroom, Mumbai) respectively. Both the models come with a 2.0-litre diesel engine paired to VW’s 7-speed DSG gearbox with 2WD and 4WD options. Initially, the German carmaker introduced the five-seat version of the Tiguan, albeit the 7-seat variant could be introduced later. The Tiguan is the first Volkswagen car designed on VW’s modular transverse matrix platform (MQB) in India. The same architecture will also underpin the upcoming models such as Skoda Kodiaq and Karoq.

Most of the design and styling cues are carried over from the new Passat and Golf. Currently in its second generation, the VW Tiguan receives significant dimensional changes making it more spacious from inside. The SUV gets 60mm longer wheelbase and 33mm increased width. Though, the ground clearance has been trimmed down by 33mm and it weighs 50kgs lesser than its predecessor (1,720kg). The previous generation model was launched in 2007 and shared PQ35 underpinnings with Golf. Styling elements such as LED headlamps, integrated daytime running lights, LED infused taillamps and body-coloured bumpers come as standard on the Comfortline trim. Running on the 17-inch alloy wheels, the car also gets safety equipment such as anti-lock-braking system, ESC, dual front airbags, curtain airbags etc across line-up. Picture Gallery: VW Tiguan – 8 Interesting Facts

Volkswagen’s Aurangabad based facility in Maharashtra serves as the production hub for the Tiguan SUV. One can pre-order the vehicle, though the deliveries will be commenced in June 2017. Meanwhile, the SUV could be booked across VW dealerships for a sum of Rs 1 lakh. Previewed at the last year’s Auto Expo, the VW Tiguan competes against the Jeep Compass, Hyundai Tucson and other cars in this space. Having failed once in this segment with Touareg, the newly launched Tiguan is a crucial product for VW. With the segment gaining traction lately, VW finally launched it in India. Read Comparison – Jeep Compass Vs Volkswagen Tiguan 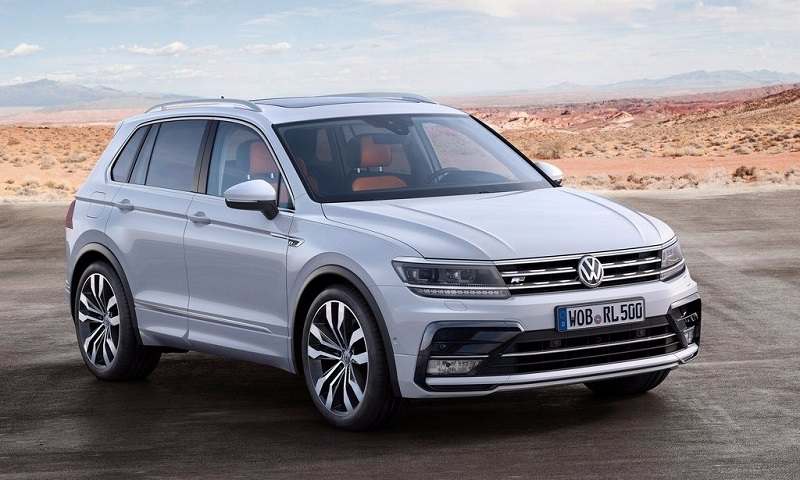 In India, the Tiguan comes as a CKD unit and is being produced at VW’s manufacturing unit located in Aurangabad, Maharashtra. The SUV is made available in two variants -Comfortline and Highline – carrying a price tag of Rs 27.68 lakh and Rs 31.04 lakh (ex-showroom, Mumbai) respectively. Read – New Volkswagen Polo – Launch & Other Details

At the heart of the VW Tiguan is a 2.0-litre, TDI diesel engine that does duty on the Skoda Octavia. This turbocharged motor churns out a maximum power output of 141bhp, while making 340Nm of torque. For performing transmission duties, the SUV gets a 7-speed DSG automatic gearbox with an option between two-wheel and all wheel drivetrains. It is to be noted that the AWD system is reserved for the top-spec Highline variant. Read – New Volkswagen Vento – All Details in 9 Quick Points

The second-generation Tiguan is 50kgs lighter than its predecessor, all thanks to its MQB platform. The shredded weight also aids to its fuel efficiency, handling and overall performance. Benefiting from a 2.0-litre oil burner, the model delivers a claimed fuel economy of 17.06kmpl.

Sitting on Volkswagen’s lightweight MQB platform, the second-generation Tiguan gets 60mm longer wheelbase, measuring 2,677mm. The width has also been extended by 33mm to 1,839mm. While the SUV measures 4,485mm long, it is around 1,672mm tall and has a ground clearance of 149mm. The luggage compartment has a capacity of 615-liters, which could further be extended to 1,665-litres by folding the rear seats. In India, VW has launched the five-seat layout, while the 7-seat version with longer wheelbase (by 110mm) is available in international markets. It is expected that VW will introduce the seven-seat Tiguan will join the Indian line-up later. Read – Clash of the SUVs – VW Tiguan Vs Fortuner Vs Endeavour

The India-spec Tiguan varies from its global version in terms of design and styling. That said the SUV gets new elements that give it sportier and upmarket look. Sporting the new grille with three chrome slats, the front looks appealing. The grille meets seamlessly with the LED headlamp cluster, making it appear as a single unit. Additionally, the integrated daytime running lights further enhance the front look. Other bits such as the large bumper with wide air-dams, square shaped fog lamps and sculpted bonnet compete the front look. 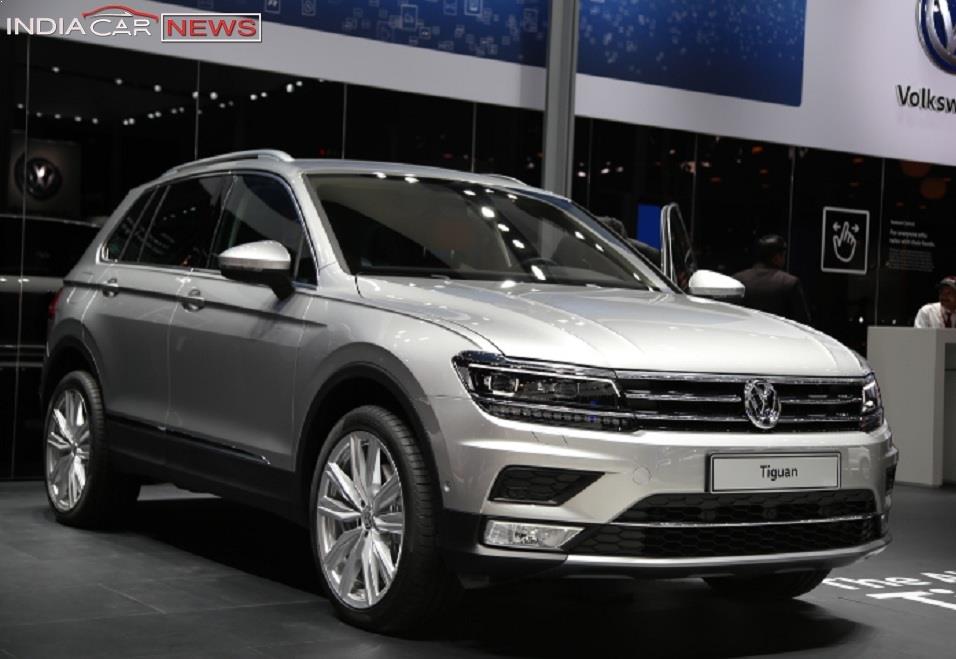 View from the side is decent thanks to the muscular wheel arches that comes with sporty alloys. That said the Comfortline gets 17-inch alloys and the Highline sports 18-inch alloys. Rear side on the other hand appears a tad conventional, though VW has added several new elements to bring it on par with the aggressive front facet. The contemporary tail-lamps with Led units, a large bumper and integrated roof spoiler atop are some prominent bits at the back. Sitting on the long wheelbase, the cabin with 5-seat layout offers ample space to the passengers in front and rear. Just so you know, the seven-seat Tiguan with longer wheelbase is currently available in international markets, however, VW plans to launch it here at a later stage. Brimming with features, Tiguan offers one of the thickly packed cabins in the segment. The 5-inch monochrome touchscreen infotainment system comes with android support, Bluetooth and navigation. For the comfort of the occupants, it gets ergoActive seats with electric 4-way lumbar support and massage function. Other features such as Pure Air Climatronic triple zone automatic climate control, 360 degree arear view, heated steering wheel, panoramic sunroof, pre-crash proactive occupant protection and adaptive cruise control are also packed inside.