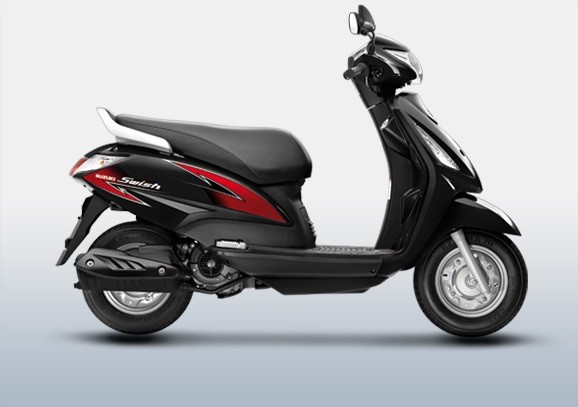 Suzuki Motorcycle, reportedly, is planning to launch the facelifted version of its stylish scooter- the Swish in the country in January, 2015. The company had received good response for the Access scooter, but the trendy Swish 125c scooter failed to generate volumes for the maker. In order to increase the sales number, the company is aiming to launch the facelifted Swish scooter.

The 2015 Suzuki Swish facelift is expected to be the first Suzuki scooter to feature disc brake, digital instrument console, alloy wheels and tubeless tyres. There would mild makeover to its styling to attract more young buyers in the country. It will compete against the likes of Yamaha Ray Z and Honda Dio.

The outgoing Suzuki Swish Scooter is priced at Rs. 57,620 (OTR, Mumbai). It is expected that the 2015 Suzuki Swish will cost slightly more than the current model.