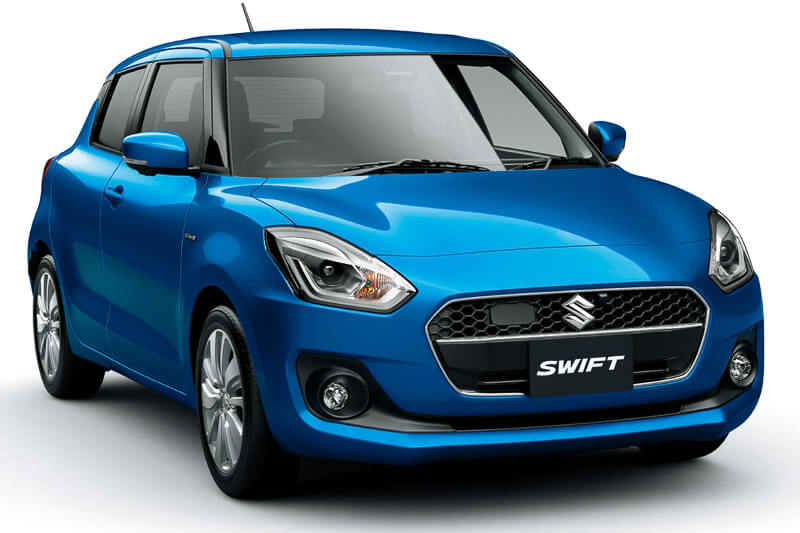 It is to be noted that the new Swift hybrid is not the new version of the model, which is equipped with mild-hybrid SHVS system. This model is powered by a 91PS 1.2-litre 4-cylinder petrol engine, which is coupled to a 10 kW Motor Generator unit. Power is transmitted to the front wheels via a 5-speed AGS (AMT) gearbox. During low load conditions, the system automatically shut off the engine and the car can run in full electric mode for a very limited distance. The hatchback is claimed to return an impressive fuel efficiency of 32kmpl. Read More – New Maruti Swift Vs Old Swift 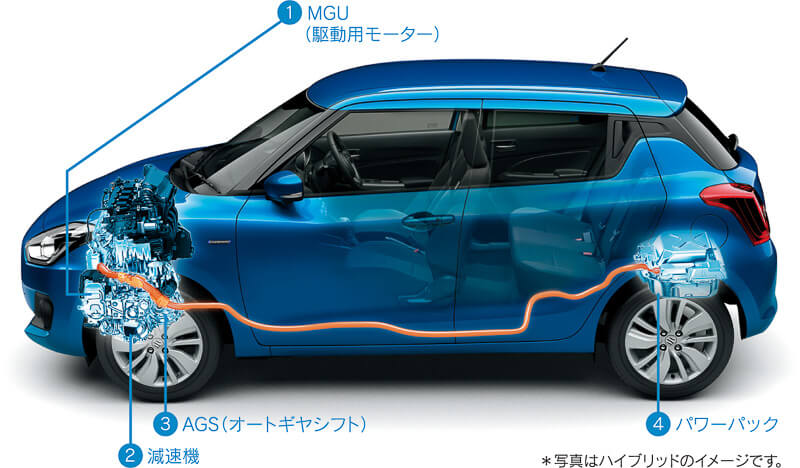 The new hybrid powertrain is offered on the new generation Swift, which has recently been launched in the Japanese market. This hybrid model has similar features to the existing model, except for the new ‘Hybrid’ badge on the front wing. The new generation model is based on Suzuki’s new generation platform, which makes it lighter and more fuel efficient than the previous model. 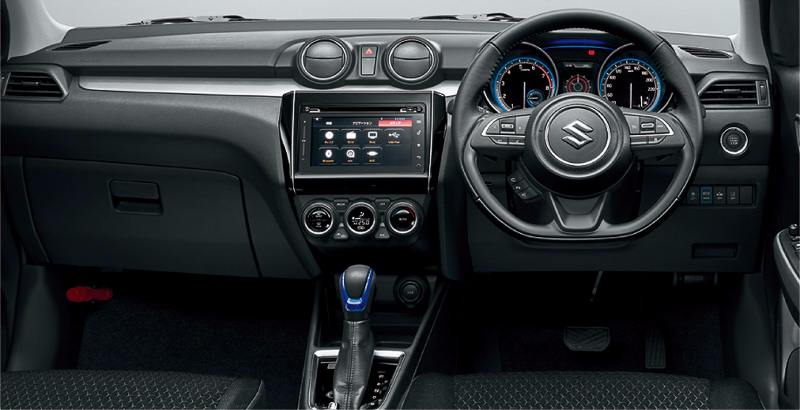 Dimensionally, the new Suzuki Swift hybrid is 3,840mm in length, 1695mm in width and 1,500mm in height, and has a wheelbase of 2,450mm. The Japanese spec Swift hybrid is equipped with AGS selector with blue accent, dedicated hybrid display that has power distribution graphic and paddle shifters. Adding to it, the vehicle also gets Suzuki’s dual camera brake support. Also See – New Maruti Swift Design Review

In India, Maruti will launch the standard Swift hatchback in the early 2018. The vehicle is reportedly to be launched at the 2018 Delhi Auto Expo in February. It will be powered by the existing 1.2-litre K-Series petrol and 1.3-litre MJD diesel engines. Transmission options will include a 5-speed manual and an AMT unit. The India-spec model is expected to be the most fuel efficient hatchback in India. The diesel model could deliver around 28kmpl of mileage.