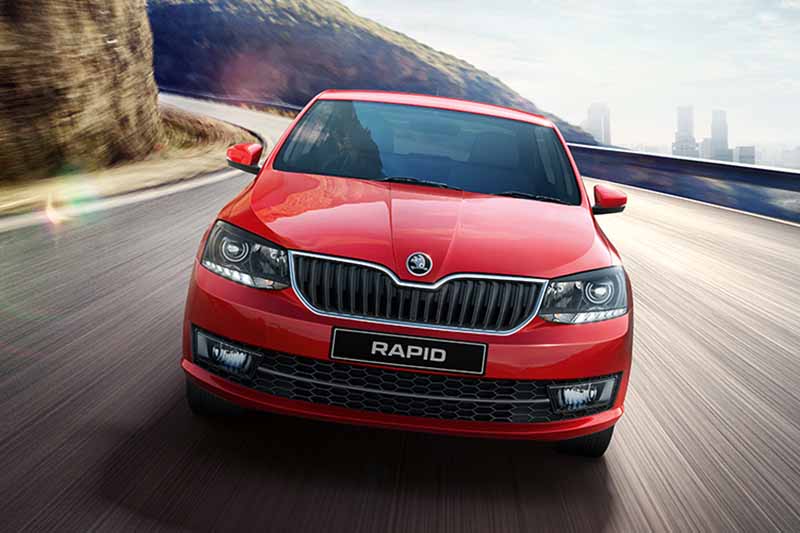 Skoda India had launched the updated version of the Rapid sedan in the country in 2016. Now, the company has silently introduced the Skoda Rapid 2017, which comes equipped with several high-end features. The saloon’s updated model only comes with cosmetic upgrades, while mechanics of the car remain unchanged. Talking about new features, the saloon gets reverse parking camera, soft touch boot release button and a new 16-inch alloy wheels.

It continues to feature the same wider honeycomb grille, angular headlamps, new alloys and new bumper offered in the pre-facelift model. The cabin is equipped with a new touchscreen infotainment system with the MirrorLink with Bluetooth, GPS navigation and reversing camera. The new model is being produced with a high-level of localisation. The sedan is available with two engine options – a 1.6-litre MPI petrol and a 1.5-litre TDI diesel. Transmission options include a 5-speed manual, a 6-speed automatic (petrol) and a 7-speed DSG automatic (Diesel).

The prices of the Rapid 2017 is expected to remain unchanged. However, the top-end Style variant with added features is likely to cost around Rs 30,000 more than the current model. Above mentioned prices are of the 2016 model, which is currently on sale.

The 2017 Skoda Rapid has all the features that are accessible in the previous model. The new above mentioned features are offered in the top-end Style variant. This variant now equipped with reverse parking camera, soft touch boot release button and new 16-inch alloy wheels. Feature list on this variant include projector headlamp, LED daytime running lamps, automatic front wipers and chrome treatment for grille. The updated model of the saloon is based on new ‘crystalline design’ language that we have already seen on other new age Skoda cars including the Superb and the Octavia. Wearing a new grille and Quartz cut headlamps, the fascia of the car appears quite aggressive. The facelifed India-spec model also gets newly-designed bumpers and sculpted bonnet. The vehicle’s side and rear profiles, however, remain largely similar to the previous model.

The overall interior design and shape of the Skoda Rapid 2016 are more or less similar to the old version. Though, it receives an Android-supported new touchscreen MirroLink system, a reverse parking camera, new dual-tone upholstery, perforated seats, tilt and telescopic steering, automatic wipers and auto day/night internal rear view mirror. The MirrorLink system with android and parking camera support is already available on the Volkswagen Vento – the car that shares its underpinnings with the Skoda Rapid. Everything else remains unchanged.

The braking system of the car comrpises of a disc brake up front and a drum brake in the rear. ABS (Anti-Lock Braking System) comes as standard across the range. The company is offering Hill Hold Control only in the automatic version of the car, while the ESC (Electronic Stability Control) is offered only with the 7-speed DSG gearbox

The 2017 Skoda Rapid is available with two engine options – a 1.6-litre MPI petrol and a 1.5-litre TDI diesel. The former is capable of producing a top power output of 103bhp at 5,250rpm and 153Nm of torque at 3,800rpm. On the other hand, the oil burner is capable of producing 108bhp of power at 4,400rpm and 250Nm of torque between 1,500-2,500rpm. The same mill also powers the Volkswagen Ameo diesel. While the petrol mill comes with a choice of 5-speed manual and 6-speed automatic gearboxes, the diesel mill gets a 5-speed manual or a 7-speed DSG automatic transmission. 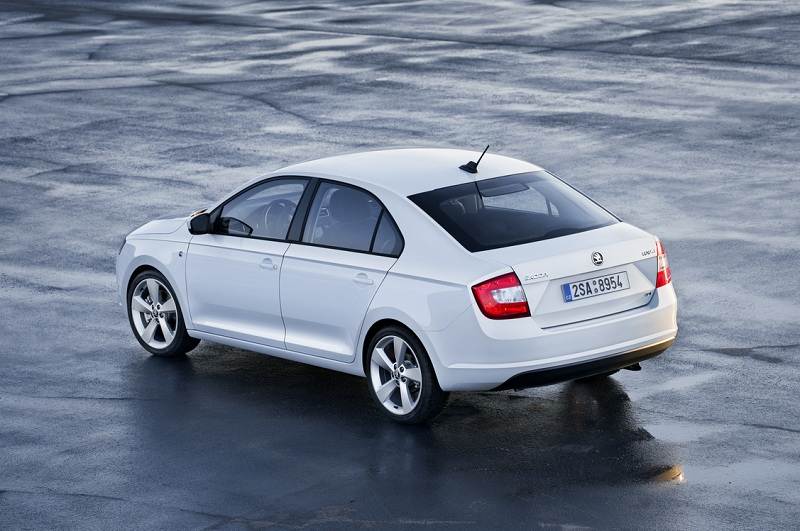