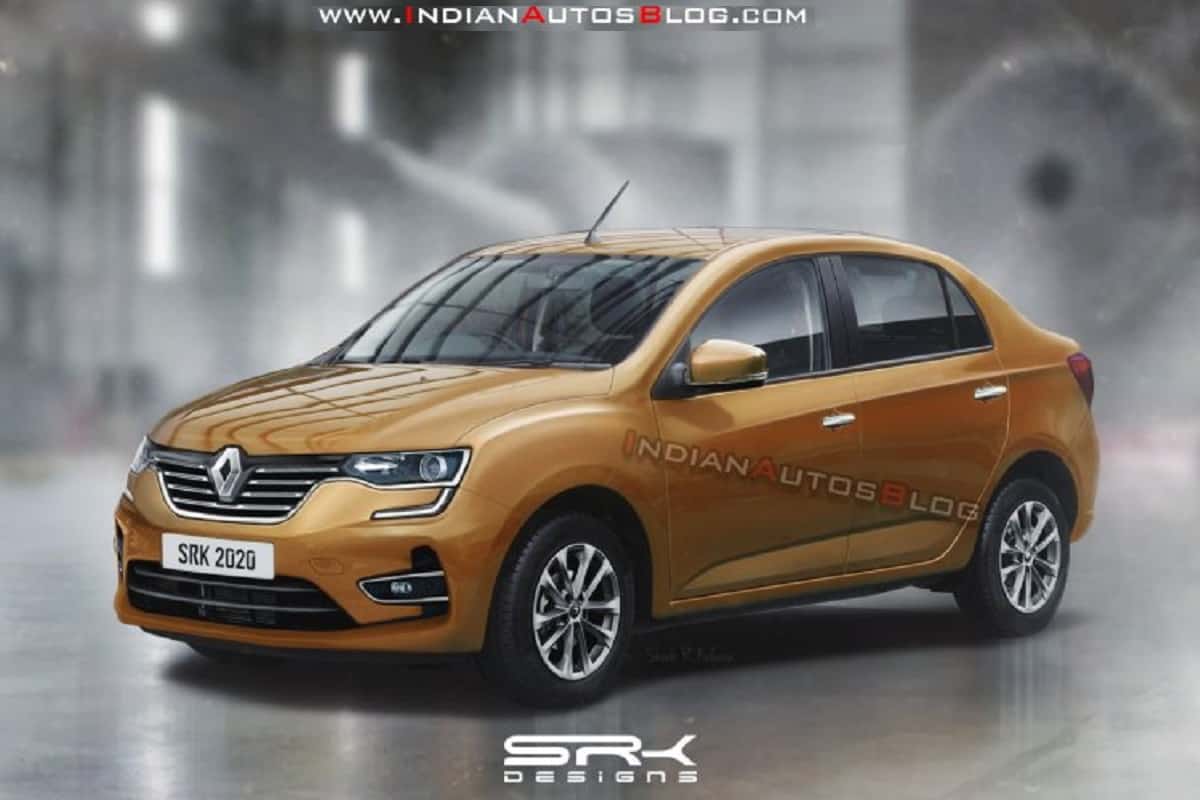 It’s not a secret that Renault is working on a subcompact sedan (codenamed Renault LBA) for the Indian market. The production-ready version of the model is likely to hit roads in the third quarter of 2021.

Reports suggest that it could be priced between Rs 5 lakh – Rs 6.50 lakh (ex-showroom). And if it happens, the new Renault compact sedan will undercut the Maruti Suzuki Dzire that’s currently dominating the segment.

While the launch of the Renault LBA sedan is months away, a latest digital rendering previews its possible design. The rendered model carries curvaceous stance similar to the Triber MPV. The V-shaped radiator grille featuring signature badge in the centre seems inspired by the Triber. The rectangular headlamps with L-shaped DRLs and pronounced lower air intake give it a familiar look.

The side profile looks conventional with body-coloured ORVMs and door handles and 5-twin-spoke alloy wheels. The new Renault subcompact sedan will be designed on the CMF-A+ platform that has already been used in Triber compact MPV.

Renault’s upcoming Kiger compact SUV (codenamed HBC) will also underpin the same architecture. As of now, the interior details are not available. Though, it might share some of its components and features with the Renault Triber MPV.

Official details of the Renault LBA sedan are still under the wraps. It’s likely to come with a 1.0L, 3-cylinder turbocharged petrol engine that’s good enough for 99bhp and 160Nm of torque. For performing transmission duties, the model will have a 5-speed manual and a 5-speed AMT gearbox.