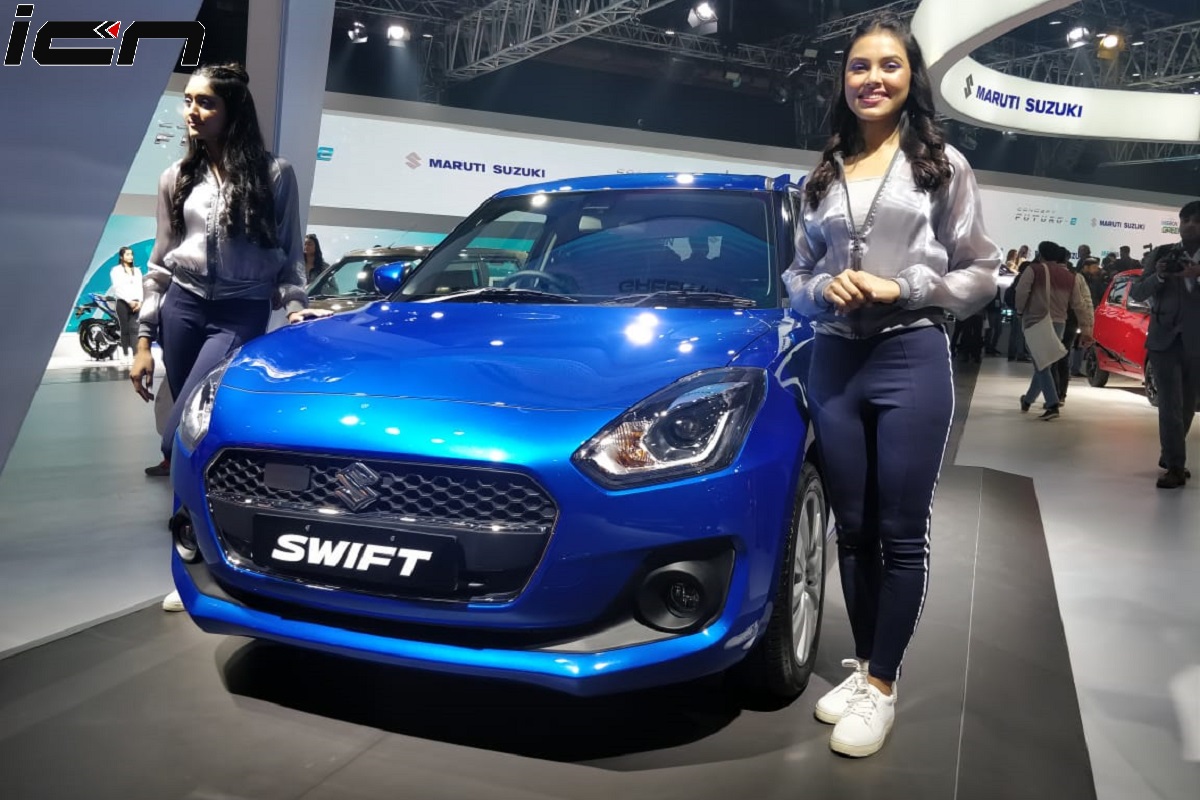 We have finally witnessed the unveil of the new Maruti Swift Hybrid at the Auto Expo 2020. The carmaker, though, hasn’t yet confirmed its India launch. Based on the new-generation Swift, the Swift Hybrid is already on sale in Japan and is available in two variants – SG and SL. Unlike the SHVS mild hybrid technology, this model is a pure hybrid with an electric motor assisting the petrol engine.

Powering the Maruti Swift Hybrid is a 1.2L petrol, 4-cylinder dualjet petrol engine coupled to a 10kW electric motor generator transmitting power to the front wheels only. The gasoline unit delivers a claimed power of 89bhp and 118Nm of torque. The hybrid powertrain is hooked to a 5-speed AMT gearbox. The carmaker claims that the Swift Hybrid returns a fuel economy of 32kmpl in the Japanese cycle.

The Maruti Swift Hybrid also gets with several tech upgrades over the regular model. The hatchback is capable to detect low road conditions and it will switch off petrol motor when coasting and run on electric power alone for a limited distance.

Save for the ‘Hybrid’ badge on the front fender, the Maruti Swift Hybrid looks exactly similar to the regular model. Inside, the hybrid model gets a blue display on the instrument console and the blue lining on the gear selector. The SL variant (Japan-spec) comes with paddle shifters.

On the safety front, the Maruti Swift Hybrid gets the brand’s dual camera brake support that helps detecting pedestrians by using lasers and cameras. The hatchback measures 3840mm in length, 1695mm in width and 1500mm in height with a wheelbase of 2450mm.

Currently, the regular model of the Swift hatchback is available with the BS6-compliant 1.2L K-Series petrol and 1.3L MJD diesel engine options. The latter will be discontinued with the implementation of the BS6 emission norms from 1st April, 2020. It can be had either with a 5-speed manual gearbox or an AMT unit.