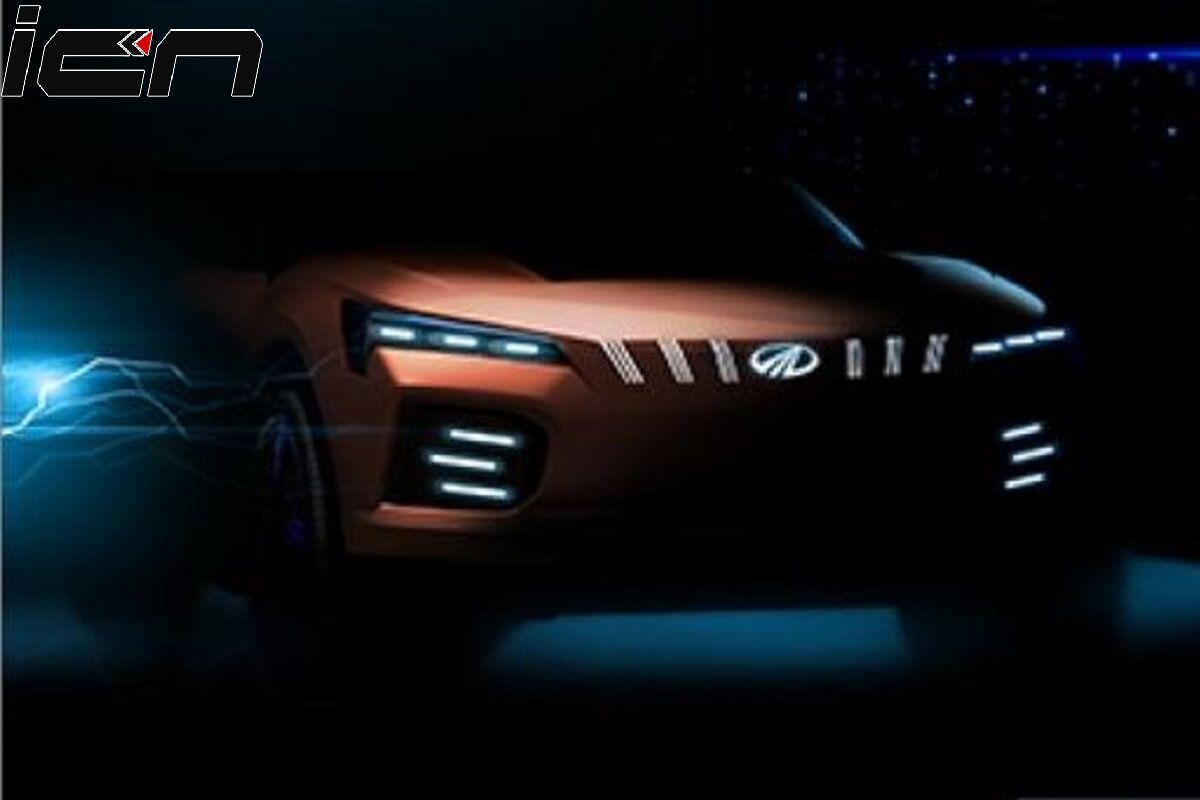 The first image shows an electric SUV concept, which seems based on the next-gen XUV500. The next-gen Mahindra XUV500 is scheduled to be launched in the Indian market towards the end of this year. However, the new model will first arrive in petrol and diesel engine options. In fact, the 2020 Mahindra XUV500 has already been spotted multiple times while testing on Indian roads. Also See – 18 New Mahindra Vehicles at Auto expo 2020

The next-gen Mahindra XUV500 will be based on the new monocoque front-wheel-drive platform, which will also underpin the Ford new C-SUV. The new C-SUV will be jointly developed by Mahindra-Ford JV in India.

The next two models in the teaser shows the production ready XUV300 electric and the eKUV100. The XUV300 EV is based on the SsangYong’s X100 platform that underpins the XUV300 compact SUV. The regular model is available with petrol and diesel engine options. The Mahindra XUV300 based electric SUV will directly rival the newly launched Tata Nexon EV.

The Mahindra eKUV100 is expected to be launched in the next few months. First unveiled at the 2018 Auto Expo, the eKUV100 will be the brand’s new entry-level electric model. The Atom quadricycle was also unveiled at the 2018 Delhi Auto Expo. The regular petrol and diesel versions of the model will arrive in our market in 2021.