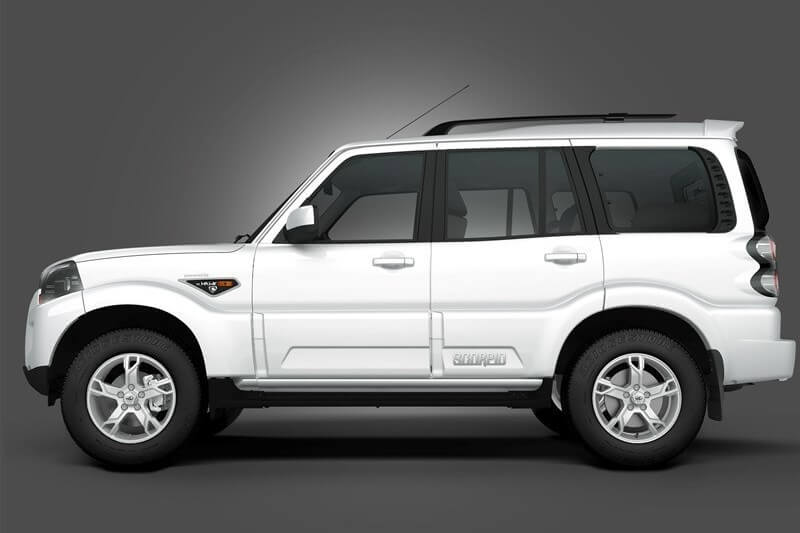 Mahindra & Mahindra has confirmed that it will launch the Scorpio facelift in India on November 14, 2017. The upcoming facelift is expected to receive minor tweaks, while a copiously updated all-new Scorpio is underway sometime in 2020. Changes made to the facelift will primarily include subtle cosmetic touch ups and engine update. That said, the 2.2-litre mHawk oil burner will be tuned to produce 20bhp additional output, taking the total output to 140bhp and the torque output is also likely to be changed.

Among the cosmetic changes, it will receive a redesigned seven slat grille bereft of the chrome work. Additionally, the Scorpio facelift will receive a new automatic unit sourced from Aisin Seiki, whereas the five-speed manual gearbox will be retained. The mesh-like design will be replaced with wider slats and the restyled bumper will get wider air-dams. Spy shots surfaced on the inter-web reveal repositioned turn indicators that have been placed on the outside rear view mirrors. Read – Mahindra S201 Compact SUV To Come With 5- and 7-seat Options

At side, expect the Scorpio facelift to retain most of the styling elements from the current model save for few changes such as body cladding, plastic bits and redesigned alloy wheels. Round the back, it will get a cleaner design with reduced creases and newly styled inserts for the taillamps. Aside from the above changes, the rear is also expected to get new wipers. Read – New Mahindra MPV To Challenge Toyota Innova Crysta

It is expected that Mahindra could miss out on the mild-hybrid variants owing to higher tax on hybrids under the GST reform. Equipped with Mahindra’s ‘Intelli-Hybrid’ technology, the mild-hybrid variants were introduced to the Scorpio line-up around a year ago. However, the sharp rise in price under GST have put a question mark on the future of hybrids in India and carmakers are re-evaluating their product strategy for the Indian market.