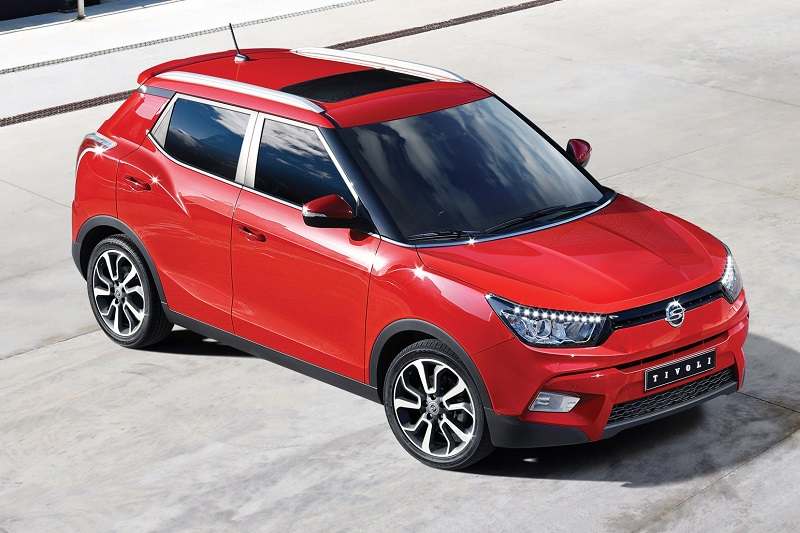 Mahindra S201 will be brand’s first SUV to be based on SsangYong’s X100 platform.

Mahindra & Mahindra, the homegrown UV maker is working on a range of new utility vehicles for the Indian market. The company is working on a modern looking sub-4 meter SUV to challenge the likes of Tata Nexon and Maruti Vitara Brezza. Codenamed S201, the new model will be launched this year. Here are 6 things you should know about this SUV – Also See – Upcoming Mahindra Cars

This will be Mahindra’s first SUV to use SsangYong’s platform. It is based on X100 platform that also underpins the Tivoli compact SUV, which is already on sale in global markets. The SUV will share several body panels and features from the Tivoli; however, it will have Mahindra-like face. Read – Mahindra S201 – All Details

While the SUV is based on SsangYong Tivoli’s platform, the design is all-new in terms of front and rear looks. It gets XUV500 like grille, front parking sensors, newly developed LED daytime running lights, 17-inch diamond cut alloy wheels, newly developed tail-lamps with LED elements and thick C-pillar.

Inside the cabin, the SUV gets leather seats, push-button engine start/keyless entry, sunroof and 7-airbags. Adding to it, the SUV also gets a 7-inch touchscreen infotainment system with smartphone connectivity.

Most Powerful In The Segment

Media reports claim that the S201 will be the brand’s most powerful  sub-4 meter SUV in the Indian market. It will be powered by the company’s new G80 1.2-litre turbocharged petrol engine that will produce over 125bhp of power. On the other side, the diesel version will have a 1.5-litre diesel engine that is likely to offer over 110bhp of power.

7-Seater Version Also In The Works

Mahindra has confirmed that the new S201 compact SUV will go on sale in the country in the second half of this year. A possible launch around Diwali can’t be ignored.