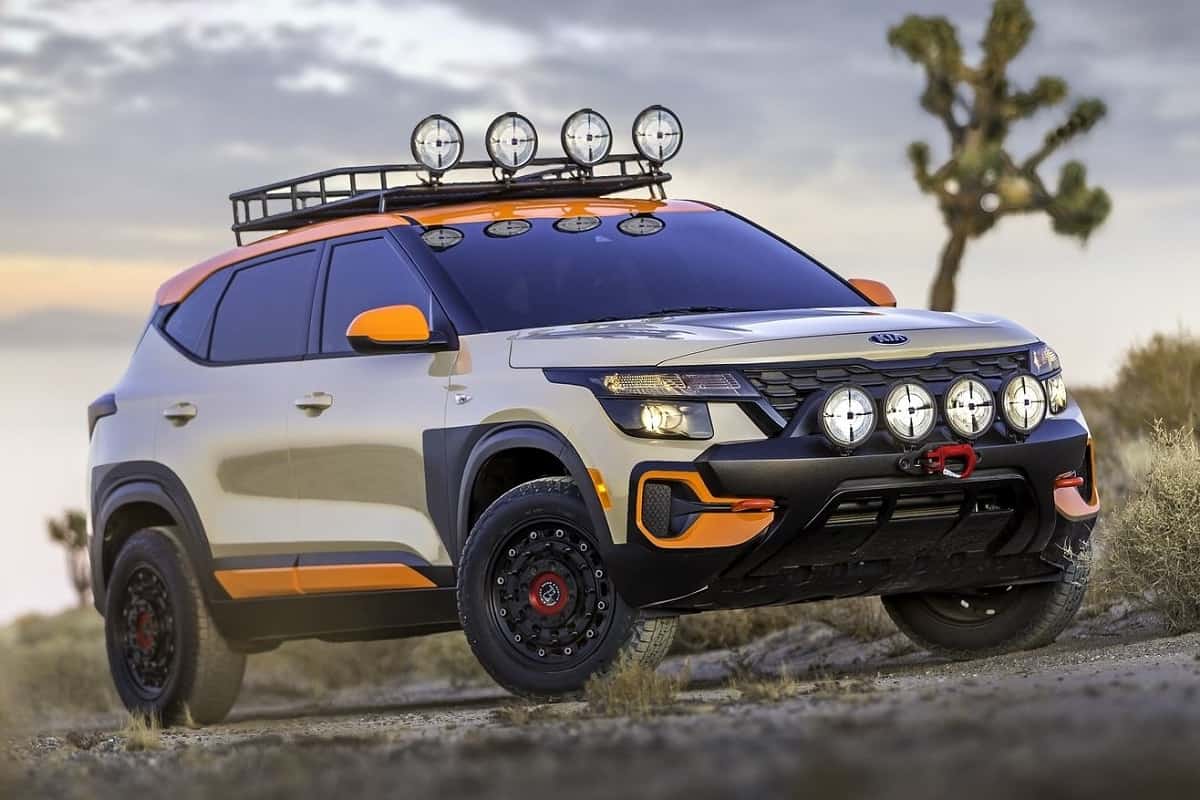 Kia Motors will showcase a range of new models from its global portfolio at the Auto Expo 2020 that’s scheduled to begin from 5th February. Some of them are expected to make their way to India in the future. While the carmaker hasn’t confirmed its lineup for the biennial event, it’s likely to include cars across different segments including subcompact SUV, MPV, sedan, performance and electric vehicles. Here, we have listed all the new Kia cars that might debut at the Auto Expo 2020.

Kia Carnival will be the second product from the Korean carmaker in India. The luxury MPV will make its public debut at the Auto Expo 2020, followed by its price announcement. The Carnival will be made available in three variants – Premium, Prestige and Limousine – packed with a 200bhp, 2.2L diesel engine. This BS6-compliant motor will be paired to an 8-speed automatic gearbox. The luxury MPV will come with three seating layouts – 7, 8 and 9. It will be loaded with lots of comfort goodies and advanced connectivity and safety features.

The Kia QYi (codename) subcompact SUV might make its debut at the Auto Expo 2020 next month. Reports suggest that the production version of the vehicle could be named ‘Kia Sonet’. Its launch will happen in the second half of this year. The new Kia subcompact SUV will share its platform and engine with the Hyundai Venue. It might come with engine options – a 1.0L, 3-cylinder turbo petrol, a 1.2L, 4-cylinder naturally aspirated petrol and a 1.5L diesel.

Kia Seltos X-Line Trail Attack and Seltos X-Line Urban concepts were first previewed at the 2019 Los Angeles Motor Show in November. Both rugged, off-road concepts of the SUV are likely to make their India debut at the Auto Expo 2020. Under the hood, the Kia Seltos X-Line concepts feature a 1.6L turbo engine paired to a 7-speed dual-clutch automatic gearbox. It delivers power worth 175bhp with 264Nm of torque.

Kia Soul EV might be among the new Kia cars at the Auto Expo 2020. The electric car is reported to hit showrooms sometime in 2020. Engine setup of the Soul EV includes a 64kWh battery powering an electric motor that’s good enough for 204PS and 395Nm. It’s claimed to deliver a range of 450km on a single charge. The Kia Soul is capable to do 0 to 100kmph in 7.6 seconds and attain a top speed of 170kmph. Its battery pack can be fully charged in 9.5 hours via an AC charger and in an hour via a fast DC charger.

Kia Stinger GT sports sedan might also be put up on display at the Auto Expo 2020. It was also showcased at the 2018 Auto Expo. It’s the brand’s fastest and the first RWD (rear-wheel-drive) four-door sports sedan. Globally, the Stinger GT has been offered in three engine options – a 255bhp, 2.0L petrol, a 2.2L diesel and a 365bhp, 3.3L V6 petrol. The most powerful 3.3L gasoline motor can do 0 to 96kmph in 4.7 seconds and deliver a top speed of 270kmph.