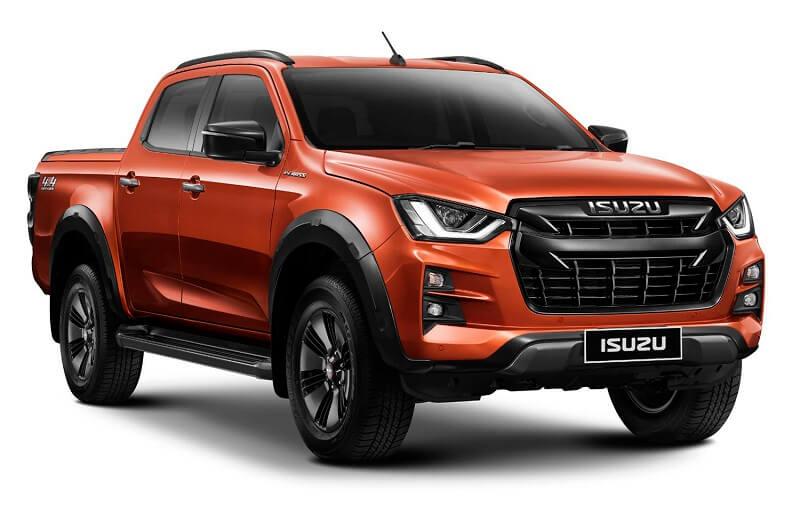 The all-new Isuzu D-Max range has been finally unveiled in Thailand, thus giving us a clearer idea about the changes the India-bound model will receive. Though the D-Max is sold in multiple versions, we’ll only talk about the top-of-the-line V-cross variant which is highly popular in India as well among personal lifestyle pickup truck buyers. Though there are no official words on its India launch yet, we expect it to come sometime in the first half of next year.

Though the new Isuzu D-Max has become a little shorter in length, it has received a 30mm longer wheelbase. As against the earlier model’s wheelbase of 3065mm, the new-gen model has a wheelbase of 3125mm. The vehicle body too has become 23% more rigid than before, thus making it much safer now. Like the previous-gen model, the new model too will continue to be made available in all body styles.

Along with several exterior changes, the new D-Max now gets all-new cabin as well which is more feature-rich and plusher than before. The biggest change has come in the form of an all-new 9-inch touchscreen infotainment system that supports Android Auto, Apple CarPlay and has built-in navigation. The climate control unit too is new and has received different buttons. The instrument cluster has received a makeover too with a new digital MID that’s easier to read.

The 2020 Isuzu D-Max has received a new 3.0-litre turbocharged diesel engine that’s good for 188bhp and 450Nm. This engine replaces the old 3.0-litre unit sold in Thailand. It produces 13bhp more power and 70Nm more torque. The peak torque on this engine comes at a much lower 1600rpm against the previous 3.0-litre’s 1800rpm. The 1.9-litre diesel engine too has been retained, and produces the same 150bhp and 350Nm. The same engine recently made its India debut with the D-Max automatic. The transmission options include a 6-speed manual and 6-speed automatic in both rear-wheel drive and 4×4 drivertain options.