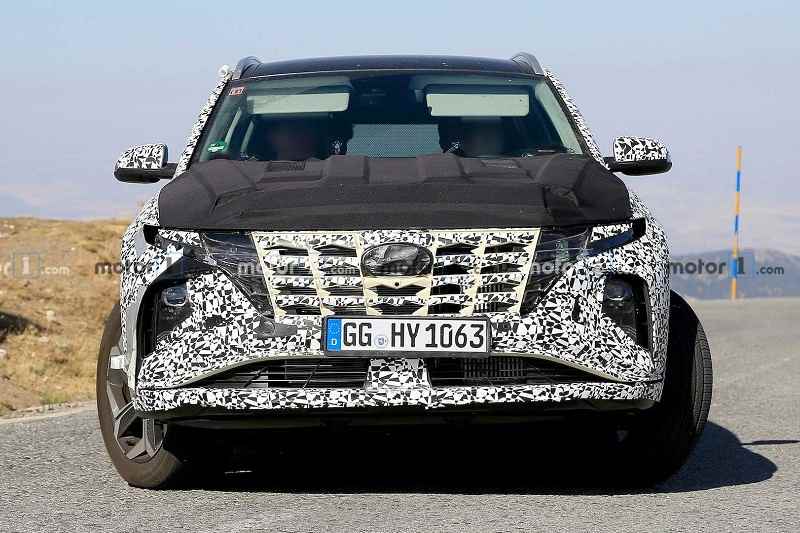 Hyundai’s one of the most successful cars, the Tucson is all set to receive new generation soon. The company has started testing the new model, which has been spotted multiple times on foreign soil. The latest spy images lose its camouflage, which shows the flamboyant and all-new design of the SUV. The new Hyundai Tucson is expected to make global debut sometime next year.

The Tucson facelift will receive the brand’s new design philosophy, which we have already seen on the Palisade and the Venue mini SUV. Going by the images, it is visible that the new Hyundai Tucson features the striking front design. It gets the signature cascading chrome grille with split headlamp setup. While the sleeker LED DRLs are positioned on top, while the main projector headlamps are positioned lower to the bumper.

The spotted model also features newly styled wheels, which looks like the production ready. It also gets a panoramic sunroof, which is expected to be offered as optional. The rear profile is fully covered in cloth, but it shows the exhaust vents in vertical design.

If media reports are to be believed, the next-gen Hyundai Tucson will grow in size and will offer more space inside the cabin. For the Indian market, Hyundai is reportedly working on the long-wheelbase version of the Tucson. The company is expected to introduce the 7-seater version of the SUV, which will challenge the Honda CR-V and the upcoming Jeep D-Low SUV.

The next-generation Hyundai Tucson is most likely to be launched in the second half of 2020. It is rumoured to make global debut at the Paris Motor Show.