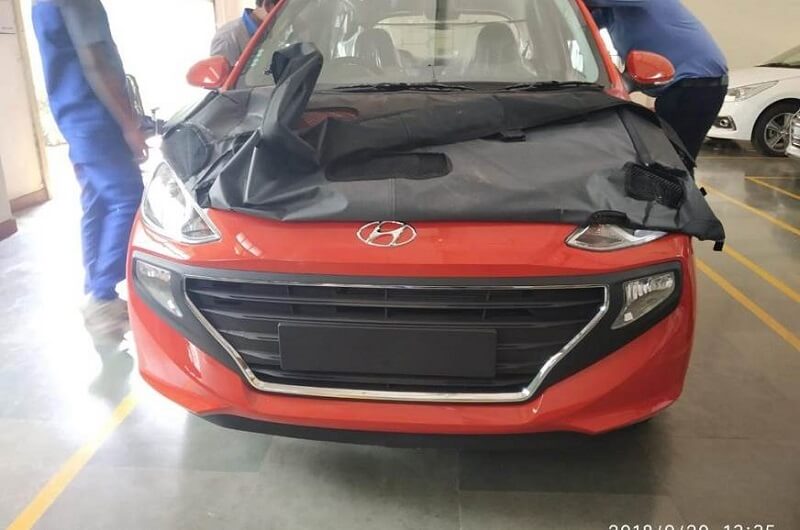 The much-awaited new Hyundai Santro, codenamed AH2, will officially unveil on October 9, 2018. Ahead of the launch on October 23, the new small hatchback’s clear pictures have hit the web-world. The car has been spotted at a Hyundai dealership. The spotted Santro is finished in a red paint and is covered with a cloth. Though, basic design and styling of the car has been revealed.

The new Hyundai Santro looks like a mini Grand i10, featuring Hyundai’s cascading grille and sharp headlamps that push towards the fenders. The grille section is surrounded by chrome, while the back surround extends to the fog lamp enclosures. The bumper is aggressive, featuring prominent creases. The new Santro will have a tall-boy profile. Styling at the rear is simple and looks largely similar to the Hyundai Grand i10. The number plate is positioned on the bumper rather than on the tailgate. Small tail-lights give the tailgate a wide profile, while the windshield is large for good visibility. It also gets rear wiper and a high set auxiliary brake lamp. Also See – New Hyundai Santro To Get Segment First Features 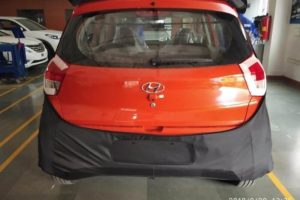 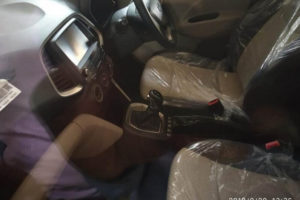 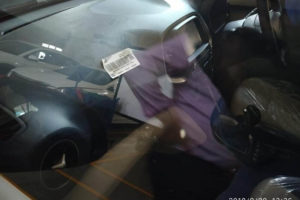 The new spy images of the new Santro cabin suggest that Hyundai has given a special attention to its rear passenger space. It features a dual-tone black and beige interior scheme. The hatchback gets a large 7.0-inch touchscreen infotainment system and a vertically positioned air-con vents. The touchscreen unit is compatible with Android Auto and Apple CarPlay. The gear-lever positioning is also similar to the Grand i10’s, which is easy to reach. The Santro will also get segment-first reverse camera and rear air-conditioning vents. The new model will take on the likes of Maruti Suzuki Celerio and Tata Tiago. Also See – New Hyundai Santro – Top 5 Features

The new Hyundai Santro will be powered by a 1.1-litre Epsilon petrol engine that will be mated to a 5-speed manual and a 5-speed AMT. The hatchback will have a fuel efficiency figure of 20.1kmpl. The Santro will be Hyundai’s first car to feature an AMT gearbox.