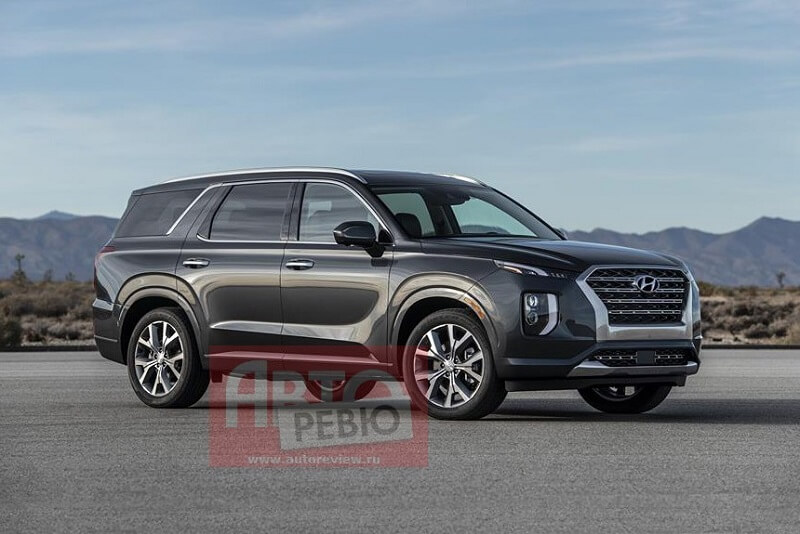 Hyundai will officially unveil the new Palisade 3-row SUV at the 2018 LA Motor Show on November 28.

Hyundai will officially unveil the new Palisade 3-row SUV at the 2018 LA Motor Show on November 28. Ahead of its official debut, a clear photo of the SUV has been leaked on the web. It will be the brand’s new flagship SUV and is claimed to convey a bold exterior that commands attention and has strong inherent imagery of safety and security, especially important with parents with growing families and active lifestyles”.

The leaked picture suggests that the SUV’s design is inspired from the Grandmaster HDC-2 concept. It will be based on the upcoming Kia Telluride SUV, which is likely to arrive towards the end of this year. Set to be brand’s new flagship model, the Palisade will be longer, wider and taller than the Santa Fe.  The Hyundai Palisade SUV has bigger dimensions and more muscular stance, featuring signature cascading grille, low-mounted projector headlamps with LED elements, LED daytime running lights, wide central airdam, sharply raked C-pillar, etc. 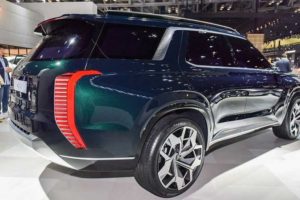 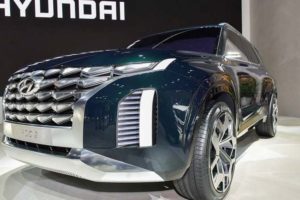 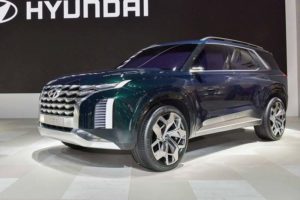 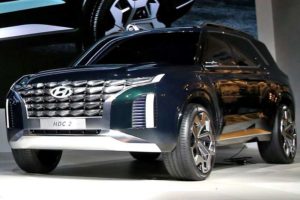 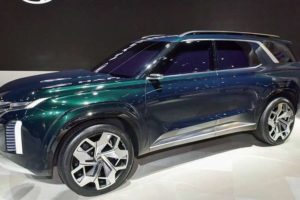 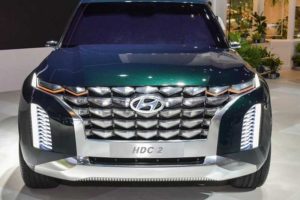 The Hyundai Palisade is likely to share engine from the upcoming sister SUV – Kia Telluride. It is expected to be powered by a 3.3-litre, twin-turbo V6 engine that churns out 365bhp of power and 510Nm of torque. The company is also likely to offer plug-in hybrid variant, which could feature a 270bhp, 3.5-litre, V6 petrol engine coupled to a 130bhp electric motor. For diesel driven markets, Hyundai could also opt for a more powerful version of the 2.2-litre diesel engine that currently powers the Santa Fe. The SUV will come equipped with a 8-speed automatic gearbox and all-wheel-drive system.