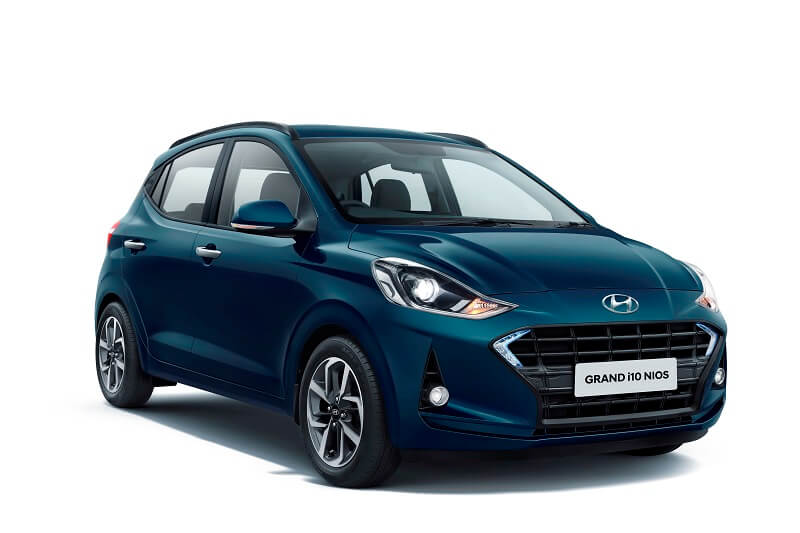 Korean automaker, Hyundai has officially released the exterior and interior pictures of the upcoming new Hyundai Grand i10 Nios. The hatchback is scheduled to be launched in India on August 20, 2019. What’s more interesting is that Hyundai will continue to sell the existing model and the upcoming Grand i10 Nios will be sold as a premium model to target the urban pockets.

The name ‘NIOS’ means ‘More’ and refers to the persona of the Athletic Millennial offering More Value, More Features, More Space and More Excitement to live a Happy Millennial Life. Interested buyers can pre-book the new Hyundai Grand i10 NIOS via Hyundai dealerships or official website by paying a token amount of Rs 11,000.

The upcoming new Hyundai Grand i10 Nios will directly challenge the likes of the Maruti Suzuki Swift and the Ford Figo. The new model shares the platform with the new Santro and will be compatible with the upcoming crash test norms. Retaining the tall-boy design, the new i10 Nios will be lighter and stronger than the current model. Thanks to the new platform, the new Hyundai Grand i10 Nios is bigger and more spacious. Also See – 2020 Hyundai Verna facelift Leaked Online

In terms of styling changes, the 2020 Hyundai Grand i10 Nios comes with new signature cascading grille, newly styled headlamps with LED daytime running lights, re-profiled bumper and new turn indicators on the front fenders. Other changes include new LED tail-lamps, new fog lamps and newly developed alloy wheels. Inside the cabin, the next-gen Hyundai Grand i10 Nios gets new colour schemes and upgraded features. It comes equipped with new touchscreen infotainment system with Android Auto, Apple CarPlay and MirrorLink support. The hatchback could also gets the new BlueLink connectivity solution, which was recently introduced in the Hyundai Venue. The new model likely to ride on a longer wheelbase, which should improve the legroom and shoulder space for the rear occupants

The 2020 Hyundai i10 Nios will be offered in the BSVI compliant 1.2-litre petrol and the 1.2-litre diesel engines. Power will be transmitted to the front wheels via a 5-speed manual gearbox. It also gets a 5-speed AMT (Automated Manual Transmission) as optional.