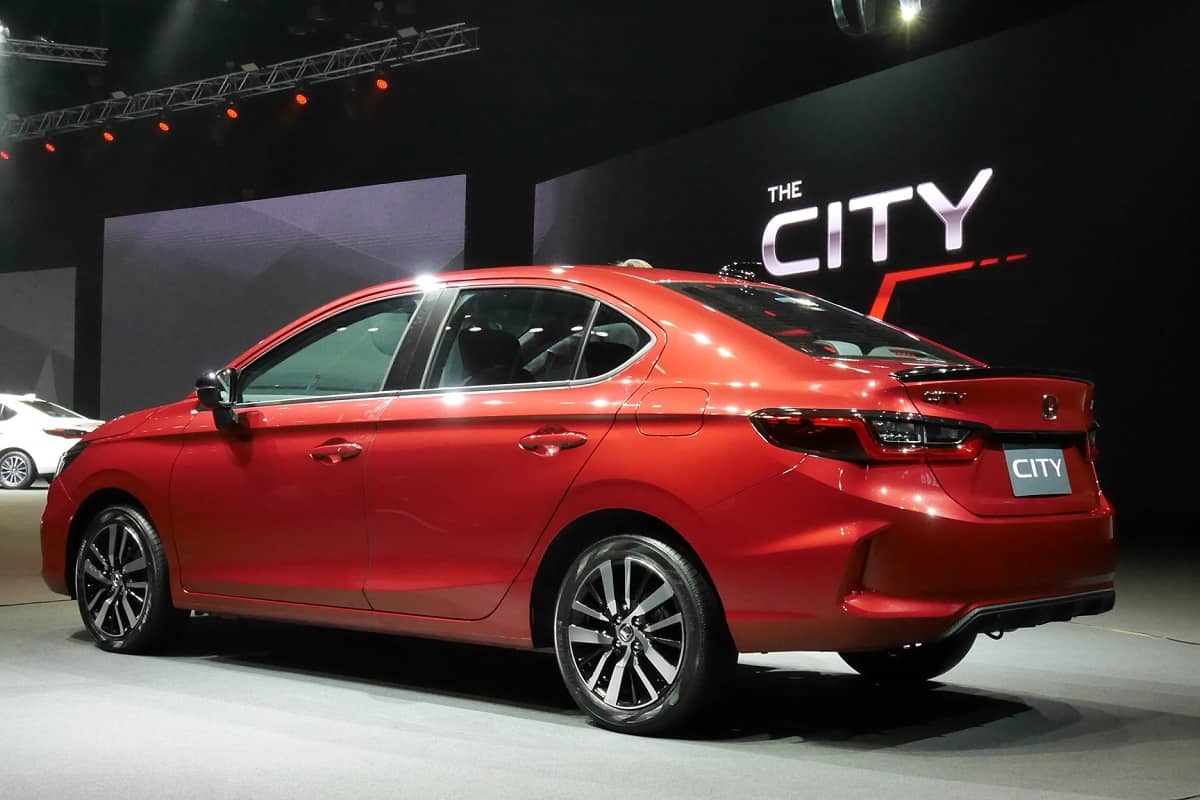 The long-awaited new generation Honda City 2020 will finally be unveiled in India on March 16, 2020. Already on sale in Thailand, the new City has received several India-specific changes inside the cabin. Ahead of the official unveil, specifications and dimensions details of the new model has been revealed online.

In terms of proportions, the new Honda City 2020 is 4,549mm in length, 1,748mm in width and 1,489mm in height, and has a wheelbase of 2,600mm. The new model is significantly bigger than the outgoing model, which should help Honda Cars India to liberate more space inside the cabin. It is 109mm longer, 53mm wider and 6mm shorter than the outgoing model; though, the wheelbase remains the same. Also See – New Honda City 3 variants, more features and better interior

Interesting, the new City sold in Thailand has a wheelbase 11mm shorter than the India-spec model. This suggests that the new Honda City 2020 for India will offer more legroom space for the second row compared to the Thai-spec model. The new model will also come with 9[improved ground clearance to suit the Indian road conditions.

The new Honda City will be powered by a BSVI compliant 1.5-litre petrol engine that is capable of producing 119bhp and 145Nm of torque. Transmission choices are likely to include a 5-speed manual and a CVT automatic. The diesel version will get the BSVI compliant 1.5-litre i-DTEC engine that is good for 99bhp and 200Nm of torque. The BS6 diesel unit is already offered in the Amaze. The company is also readying a 1.5-litre i-VTEC petrol engine with a mild-hybrid system, which is likely to arrive in the end of this year. Also See – New Honda City hatchback patent images leaked

The new Honda City 2020 is likely to be offered in 3 trim levels – V, VX and ZX. The range-topping model will have high-end features like full LED lighting, a panoramic sunroof, an 8-inch touchscreen infotainment system and 16-inch alloy wheels. The sedan will be equipped with safety and security features such as 4 airbags, vehicle stability assist system (VSA), tyre pressure monitoring system (TPMS), traction control, 3 point seat belts and more.

The new Honda City is scheduled to be launched in India in April, 2020. It will directly rival the likes of the upcoming Hyundai Verna facelift, Maruti Suzuki Ciaz, Toyota Yaris, Volkswagen Vento and Skoda Rapid.