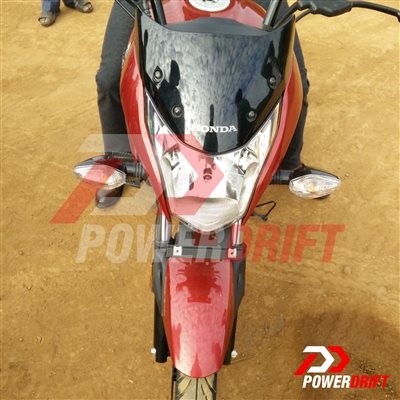 Honda 2Wheelers India will launch the much-awaited new Honda CB Unicorn 160 in the country on December 18, 2014.  The motorcycle has been spotted several times during its test rounds, and recently the CB Unicorn 160 has been photographed at a training workshop.

It was speculated that the Honda CB Unicorn 160 will get sporty look, but the company has given the conventional design language offered on other Honda’s.  The bike share most of its design part with the Trigger; however, the vehicle gets few new updates to keep things fresh. Its front face and instrument cluster are directly borrowed from its sibling. The new additions include side panels, tank shrouds and fuel tank. There is black theme for the engine and other parts of the bike. Adding to it, the two-wheeler gets fully covered chains, new tail lights with LEDs.

The Honda CB Unicorn 160 is expected to get a bumped up version of the present 150cc engine. Paired to a five-speed gearbox, the engine is likely to develop 14.5PS of power. The braking system comprises of front Disc brake and rear drum brakes.