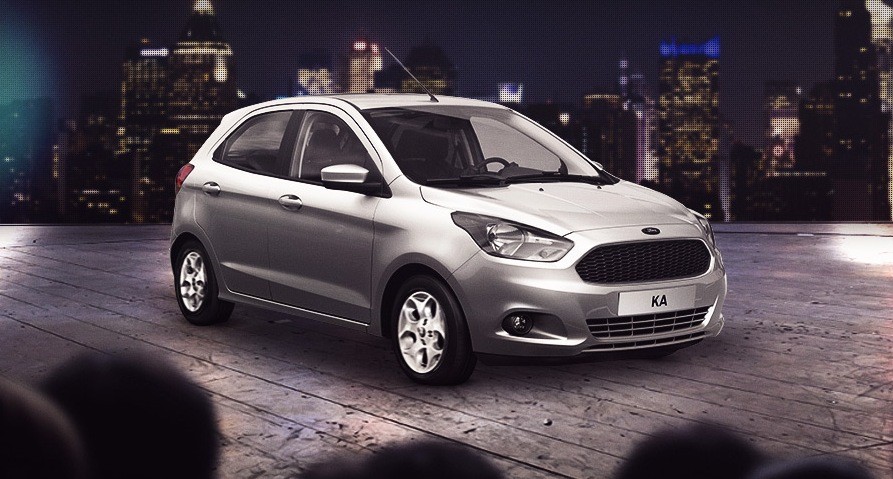 Ford has revealed the production version of new Ka hatchback (Figo hatchback in India) in Brazil. The company has updated its official site with the production form images of the hatchback, giving us the important information about the car.

The new images of the Ford Ka hatch shows that the vehicle looks quite identical to the concept unveiled. The headlights appear simple and are integrated with a parabola with flash and flashlight. Instead of horizontal chrome slats on the grille found in the concept, the vehicle features the honeycomb grid format.

The alloy wheels remain unchanged, but are smaller in size. Moreover, the hood, bumpers and the mirrors look similar to the concept model. Inside the cabin, the hatchback features front seatbelts with height adjustment, adjustable head restraints. The vehicle revealed features the SEL badge at the rear.

For the Brazilian market, the new Ka hatchback will be offered in two versions- SE and SEL. Both version will be equipped with 3-pot, 1.0-litre engine that produces 85bhp of top power.  The new generation Ford Figo will come to India by the mid-2015, before that the company will launch the Figo sedan.